Quentin Bargate, Senior Partner of the City law firm Bargate Murray and head of the Superyacht Group comments on the recent seizure of superyacht Force Blue and how yacht owners and managers can protect themselves

Italy and superyachts seem to mix less well than oil from a leaking BP platform and water at the moment. Like the oil spill off the Florida coast, the recent reported activities of the Guardia di Finanza in seizing super yacht Force Blue on the Italian Riviera – using, it is reported, armed police and gunboats – seems to be wholly unexpected and shocking. But in the present feverish financial climate, powerful local prosecutors in Italy are flexing their muscles at perceived tax evasion, real or imagined, aided by a possible lack of understanding of the finer points of EU and international law that is not helping matters. The owner and his colleagues are entitled to be presumed to be innocent of any wrongdoing. 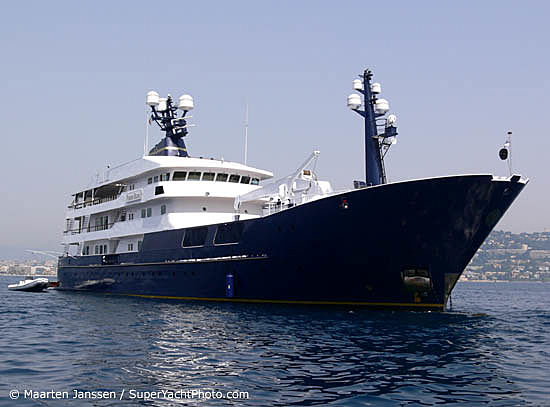 So let us step back a moment and consider the position in the round.

The Cayman Islands Flag
Much has been made of the fact that Force Blue flies the Cayman flag – but then again, about 90% of the world’s superyachts fly the Cayman flag. It is a highly regarded “Red Ensign” flag with a strong international reputation, on the “white list” of quality flags as identified in the respected Paris memorandum of understanding. The Cayman Register is sophisticated and follows the guidance of the UK Maritime Coastguard Authority (MCA).

In terms of regulatory compliance, it is hard to criticise the Cayman Islands Flag – it is first class. However, it is thought that some in the Guardia Di Finanza see the use of the Cayman flag as a sign the owner is trying to avoid tax.

There is obvious financial and local political pressure on the authorities in Italy and elsewhere to crack down on tax abuse and high net worth individuals and their assets are obvious targets. Superyachts are worth tens of millions or more – quite a prize. And bear in mind that in Italy, it may take at least 6 months before a final decision is rendered regarding a yacht seizure, so even if the case is thrown out, it will have cost the owner a small fortune in lost charter hire or simply inconvenience and embarrassment. Worse still, if the case is lost, the result may be that the yacht is sold with the state keeping the proceeds.

Much of what is happening in Italy may be the result of a misunderstanding. Regulatory compliance with international shipping standards and tax are two different things but there may of course be a link in that the owners of most superyachts are not people, but offshore companies, quite possibly also Cayman registered, and this is, of course, done for tax purposes. It follows that it is ownership of the yacht that should be looked at, not simply the flag it flies. The distinction between legal ownership, and the flag the yacht flies, is potentially of key importance.

Personal Use and Chartering
There is a regime known as “Temporary Importation” or TI for short, set out in Section F, Article 137-144 of the Customs Code that allows for the temporary importation into the EU of non-EU goods such as yachts registered abroad for personal private use for up to 18 months.

Non-EU vessels intended for re-export brought in to the EU by a non-EU resident under the TI regime do not have to pay VAT on importation. They can then be used within the customs territory of the EU by their owners for pleasure purposes for up to 18 months. They must then leave the EU (there are limited circumstances where the 18 months may be extended). After a suitable time (not defined, I might add) they can then re-enter the EU and enjoy a further period of TI.

However, in some cases, yachts that have been imported in to the EU using TI are being chartered. Chartering is a commercial activity inconsistent with TI and it risks exposing the owner to action by an EU fiscal authority. That action may include criminal sanctions in some jurisdictions. At the very least, the owner may be exposed to fines, but in the worst case scenario, the yacht itself might be confiscated and sold.

I don’t know how many yachts imported using TI are in fact being used for commercial purposes, but I suspect it is a significant number. Those owners should seek urgent advice because they are at serious risk, particularly if visiting Italy, but also in any EU jurisdiction.

Importation in to the EU
For yachts used commercially within the EU, forget TI and seek advice on setting up a proper structure to minimize tax risk and penalties.

A popular choice is to establish a place of business in an appropriate part of the customs union. One choice for yacht owners is the Isle of Man. Article 3 of the Customs code provides that the customs territory of the Community includes the Isle of Man. By establishing a place of business there and importing the yacht into the Isle of Man, the yacht will be in free circulation throughout the EU. This should mean that the yacht is free to travel to any EU port without paying VAT on the hull value. The applicable rate of VAT in the Isle of Man is zero. If the boat is chartered by the beneficial owner, then he or she has to pay a proportion of relevant VAT on their use under what is known as the “Lennartz” accounting principles. This means that an owner must account for tax on the deemed supply created by his private use.

One slight hiccup here is that the Isle of Man no longer issues “tax paid” certificates as proof that any tax due has been paid. They will usually simply issue a letter. My advice is to ensure any such letter is kept on board the yacht and is a notarized original document. If the fiscal authorities of a port state inspect the books and records of your yacht, it is best to ensure your evidence of VAT tax paid status is watertight.

Note that a yacht imported in to the Isle of Man can still fly the Cayman Flag. It can even remain owned by a Cayman or, say, BVI offshore company. The key is a genuine business presence established in the Isle of Man with income from charter hires etc flowing through local accounts. There is an administration cost for this service, but it is a small price to pay for peace of mind. There are alternatives to the Isle of Man, including Malta.

It is possible and some would advise, desirable also to flag your yacht in the Isle of Man as to do so reduces the suspicion in the minds of the financial police compared with a situation where they see a Cayman flag flapping in the wind on board your yacht. In a world of image and glamour, perception may be very important.

The Isle of Man is also a Red Ensign flag with similar standards to those of Cayman, but arguably without the suspicion of tax avoidance that seems to surround Cayman, unjustified though that is. Not all yacht managers and Captains will be happy switching from Cayman to the Isle of Man and strictly speaking it ought to make no difference, but in a business where image is important, it may be a step worth considering.

Our advice to clients in recent months has been to be very wary of Italy and to check carefully with advisers before engaging in charter activity there. We hear of other cases in the offing, so it just is not worth taking risks. For Italy, they risk driving away lucrative yacht business that must be of considerable benefit to local businesses. The situation right now is that even a well run and properly structured yacht business might be targeted for something as routine and normal as flying a Cayman flag. Hopefully good sense will prevail in the longer term, but in the short term, proceed with caution and take proper advice.

Please note this article is written for general information purposes and does not constitute legal advice. It is also based on reported information and those involved are entitled to a presumption of innocence.