Here Jaap Gelling, Royal Huisman’s Technical Director, talks to us about the trailblazing restoration of the 39.56-metre J Class sailing yacht Endeavour which took place in the 1980s and discusses its wider impact for the industry as a whole. 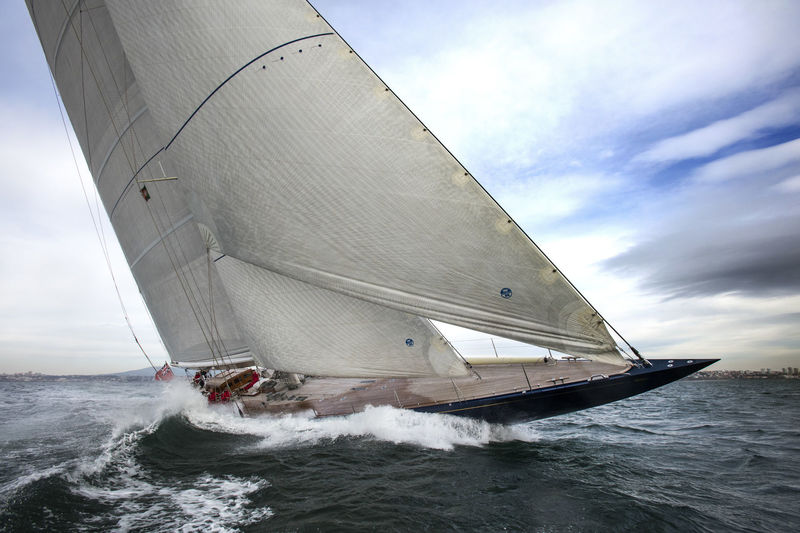 It would be hard to overstate the impact of the Endeavour project on Royal Huisman. This was, by some distance, the largest yacht the yard had ever worked on. It was also a project that presented multiple technical challenges, albeit within the exciting context of one of the most famous racing yachts of the Golden Era. The international sailing community looked on with critical interest as to what would become of this true sailing legend.

To recreate a famous yacht from a rusting steel plate hull is a lot more demanding than building from scratch – this was no refit, not even a renovation. Up to this point, Velsheda was the only J Class yacht that had been brought back from the brink but that featured little of the ambition that Elizabeth Meyer brought to Endeavour. The yard not only had to re-create the yacht but also to invent and then seamlessly incorporate sail handling and hotel systems that were never present on the original.

These challenges played strongly to the engineering maestro in Wolter Huisman. But, with a formidable client like Elizabeth Meyer, he undoubtedly experienced a great deal of stress. The yard team, of course, were proud and delighted to be able to apply their talents and inventiveness to such a pioneering, high profile project. Many of those involved in the Endeavour project still look back on it as one of the finest achievements of their career, if not the finest.

Wolter’s pride in the accomplishment of Endeavour was absolute. He may have built some remarkable yachts, but this one capped them all – at least until his final masterpiece, Athena, was launched in 2004, only narrowly nudging Endeavour into second place. 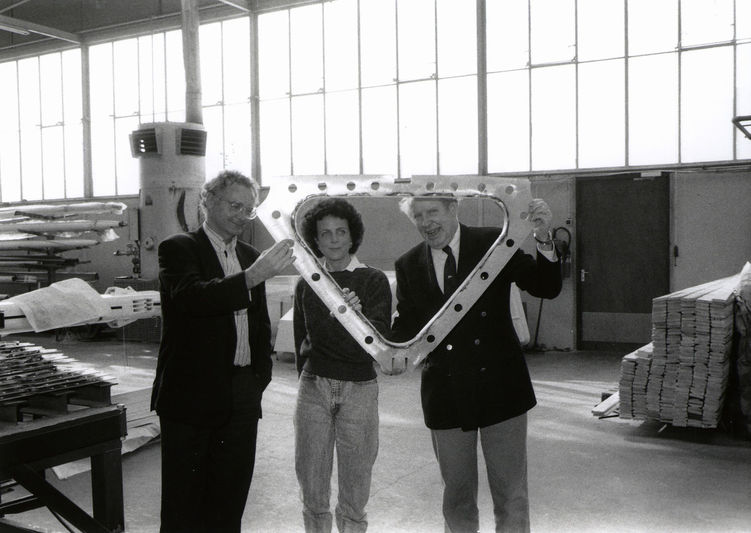 Endeavour’s success seriously enhanced the yard’s reputation for expertise in large and technically challenging projects. In particular, it showed owners and their teams there were now no real limits to the size of their future sailing yachts. The bespoke sail handling systems developed for Endeavour, enabling a large and powerful yacht to be sailed by a relatively small crew, could apply to any yacht they dreamed of. This recognition led directly to the extraordinary increase in scale of sailing superyachts that has followed over the years ever since.

This in turn had a major impact on the industry at large, with naval architects, designers and project managers, as well as yards, all experiencing a very rewarding step-change in the status and scope of their professional work.

Endeavour’s greatest impact, perhaps, was to give credibility to the establishment of the new J Class Association. It demonstrated there really could be a future for this almost-extinct class. There can be no question that, without Elizabeth Meyer’s vision and determination and the glorious example of the re-created Endeavour, we would not have nine J’s racing today – more than were ever on the water together during the Golden Age. 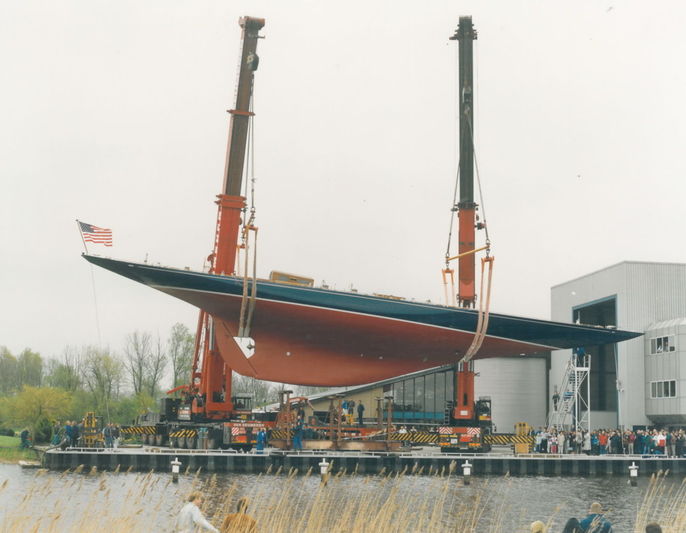 Photo: Royal Huisman One thing led to another. Royal Huisman’s serial client Dr Jim Clark (who also built Hyperion and Athena) asked the yard to re-create Endeavour II, relishing the idea of optimising the performance of a spectacular design using the materials and technologies permitted by the new J Class Association rules. The result was Hanuman, a widely admired J2 that is very successful on the race track. This momentum continued with the re-creation of other lost Js and even the first-time build of others that had existed only as plans. It is truly a new Golden Age for Js when several commentators at last year’s America’s Cup Regatta in Bermuda noted that the J Class event had eclipsed that of the AC35s. 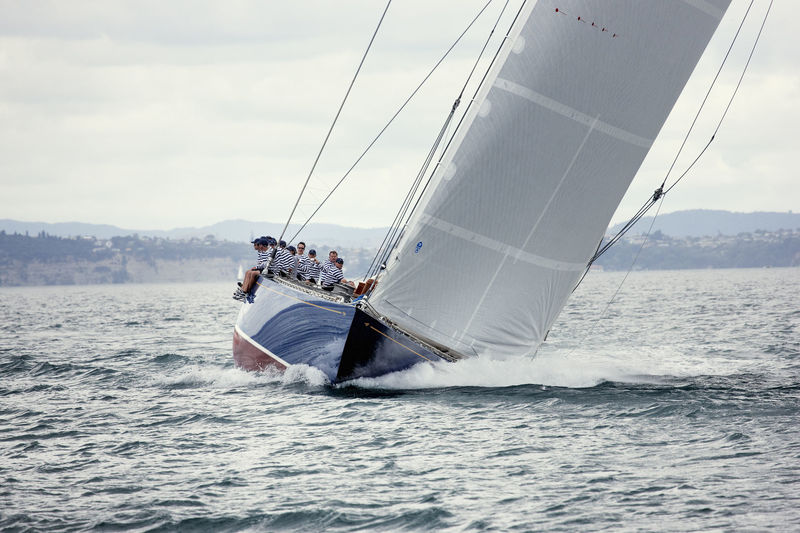 Endeavour will always be part of the cultural fabric of Royal Huisman. It is a source of considerable pride as a pioneering achievement in its day, but the lessons learned continue to inform the way the yard works today.  Interior space planning for systems and machinery, as well as accommodation, was of immense importance in Endeavour - a vessel with fine ends and relatively low hull volume.

The technologies and disciplines applied then have been constantly refined ever since to optimise the quality, functionality and serviceability of systems installations and the luxury and comfort of the accommodation in every Huisman yacht interior. On Spirit of Tradition (or classic) yachts, exacting joinery techniques and finishing processes have been evolved to create new interiors that appear to be restorations from an earlier era. 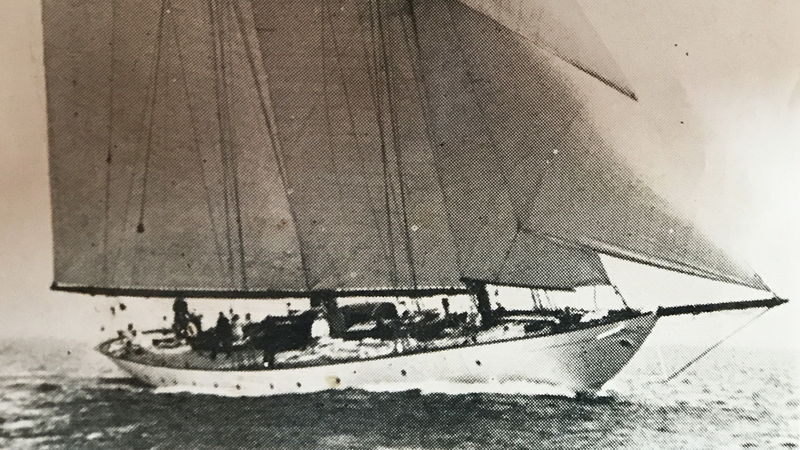 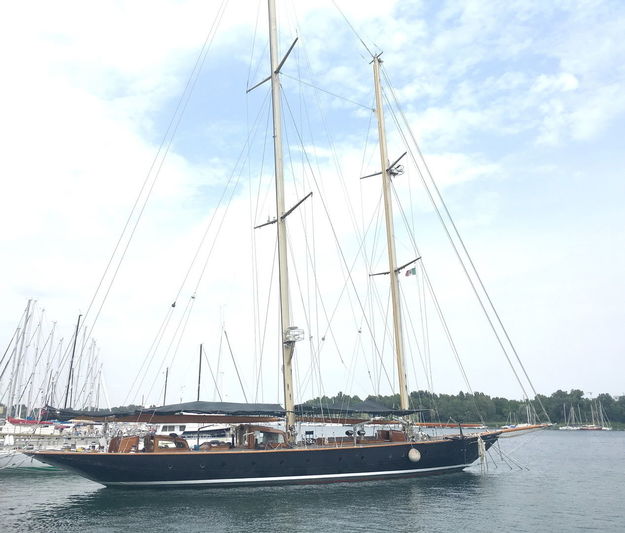 The skills and resources applied to Endeavour by Royal Huisman have, themselves, evolved into the highly successful ‘Huisfit’ operation, specialising in superyacht refit, repair and renewal. A current, high profile Huisfit project is the complete rebuild, over two years, of Nathaniel Herreshoff’s famous 109ft schooner, Vagrant, built in 1913. An echo of the Endeavour project? Most certainly! 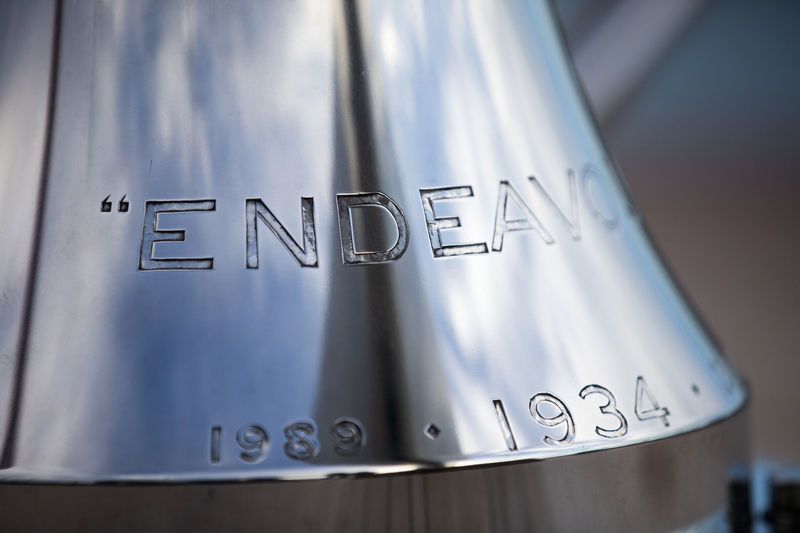 Classic schooner Vagrant checks in at Huisfit for rebuild