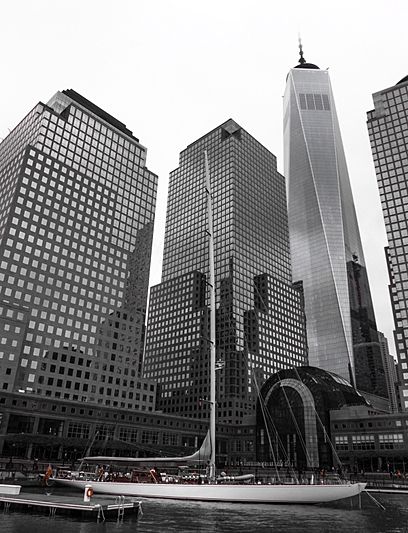 Seen here in New York ahead of this weekend’s America’s Cup World Series is the 41.55 metre J Class sailing yacht Ranger. The Ranger that we see on the water today is a replica of the 1930’s original built for owner/skipper Harold Vanderbilt. Ranger was built by Danish Yachts in Skagen, Denmark in 2003 according to original drawings of her ancestor. In 2005/2006 Dykstra Naval Architects was put in charge of optimising the yacht’s performance, making her one of the fiercest contenders on the J Class circuit today.