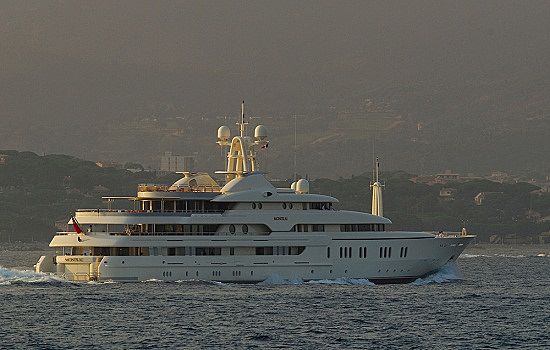 The 78 metre Montkaj, built in 1995 by Dutch yard Amels, holds the title of being the largest superyacht ever built by the Dutch yard, as well as the title of being the most private. The yacht is still owned by the same Middle Eastern owners since her launch, and has never been available for charter. We know that her interior is designed by Terence Disdale, but other than that, few details are known. She was lengthened in 1999 by her builder, who added 3 metres to her stern.