Gulf Craft has successfully launched a new Majesty 125 superyacht – already the third hull of its second largest yacht model – from its Majesty Yachts manufacturing facility in the United Arab Emirates. The Majesty 125 will make its Middle Eastern premiere at the Dubai International Boat Show early next month, which takes place at the Dubai International Marine Club, Mina Seyahi from March 5th-9th. 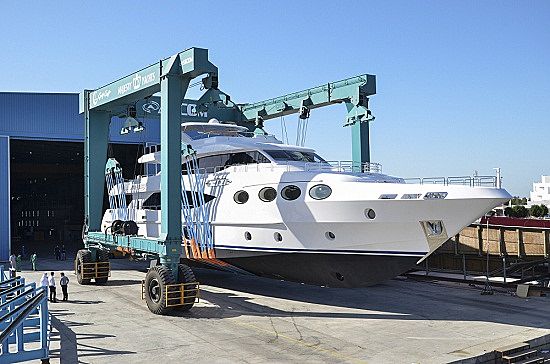 The striking white superyacht features window lines reminiscent of the exterior of the larger Majesty 135 launched only a month ago, both vessels designed to offer a profile of timeless elegance.

“We expect this third Majesty 125 to receive an enthusiastic response at the upcoming Dubai International Boat Show on account of its spacious living and outdoor entertaining areas – features that have rendered it highly popular amongst end-users and charter operators alike – and its striking high-contrast interiors,” says Erwin Bamps, Chief Operating Officer for Gulf Craft. 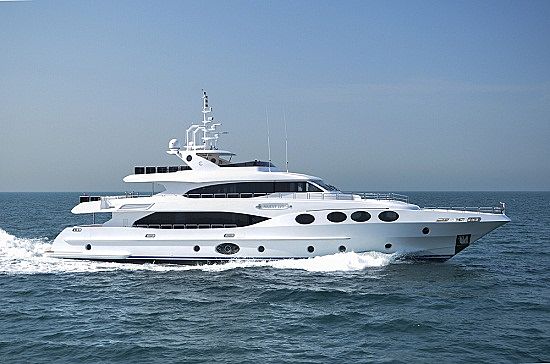 The first Majesty 125 debuted at the Cannes International Boat Show in 2010 and has since been active in charter around the French Riviera, in close proximity of the second yacht of the same model delivered in 2012. However, this will be the model’s very first public unveiling at a yacht show in the Middle East.

“The Majesty 125 will feature among a lineup of some of Gulf Craft’s largest and most innovative superyacht designs at the Dubai International Boat Show 2013, all of which focus on delivering a more liveable yachting experience in ultimate luxury, with unrivaled spacious and diverse entertainment areas both indoors and on deck,” added Bamps.