The name of the third Amels Limited Editions 171, hull 453 caused some confusion, two different names were reported: Were Dreams and Sunrise. When she went out for sea trials the name Were Dreams was clearly visible on her stern, as you can see on the following photo taken by Wim Kosten of Maritimephoto.com. 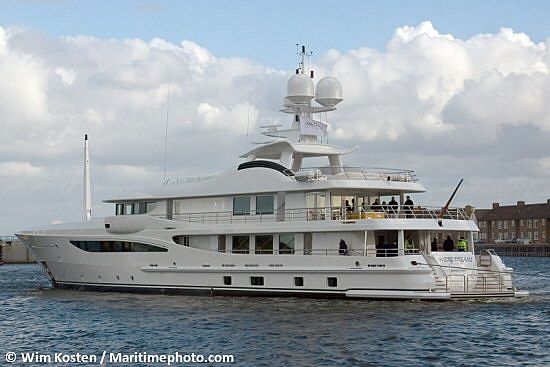 At the end of last year the seventh ISA 120 was quietly launched from the shipyard in Ancona. Not much is known about this 36 meter yacht besides that she is named Matsu.

It seems that the Royal Denship Amante has finally left the shipyard in Aarhus as she was seen in Brunsbüttel, Northern Germany. Amante is a 44 meter yacht and she was supposed to make her public appearance at the 2007 Monaco Yacht Show. Her Asian owner previously owned a 31 meter Cheoy Lee with the same name, which was based in Hong Kong.

According to some reports a 123 meter yacht is currently under construction for delivery in 2008 or 2009. The yacht could be named 8th Wonder. Please contact us if you have any further information.

Ron Holland is currently working on some interesting designs, including an 80m trimaran for a Middle Eastern client. 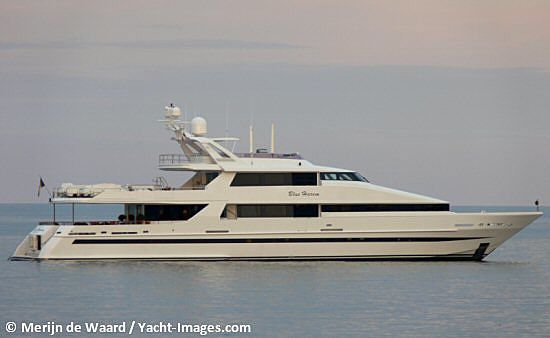 After a refit of 1.5 years the 42 meter Heesen Life Saga was relaunched again from the Holland Jachtbouw shipyard in Zaandam. She is owned by a Russian and it will take another month before she is ready to leave the shipyard.

An uknown Cavalli styled yacht was showcased at the last Genoa International Boat Show. For a photo and more information have a look at our new blog and contact us if you have more information: http://blog.superyachttalk.com/