Apparently Burger Boat Company changed hands. There were already rumours and these seem to be confirmed by the announcement by Burger that David Ross will retire the 31st of August. According to the latest rumours the shipyard is now owned by the new owner of Hull 503.

On April 26 the 74m Giant suffered a fire. After failing to control the fire, crew and guests were evacuated. Tugs from the port of Antalya were able to control the fire and tow the yacht into the port. According to reports from Lloyds the vessel had such damage that she wasn’t able to sail on itself. The following photo was taken by Benoit Donne in the port of Antalya on August 2. 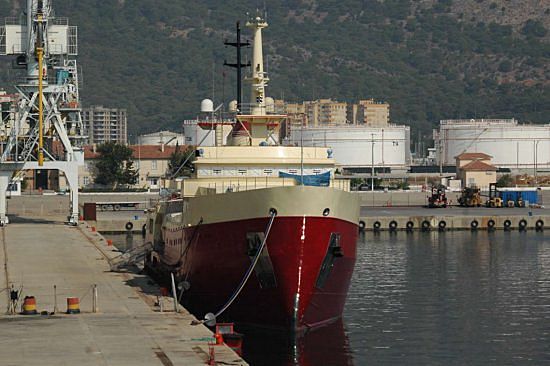 Tacanuya is a 57m yacht build by Swiftships in the United States. She is owned by an Arabian owner who after almost 10 years cruising on his yacht decided to order a new one. The new Tacanuya will be a 60m CRN yacht based on the lines of the 60m GiVi. Like her close sister both the exterior and interior design are by Zuccon International.

AB Yachts is best known for it’s high speed open yacht in the range from 17 to 28 meters, but recently they launched a 41m open superyacht. The new AB 140 is called Oxy Zen and is scheduled to make her public appearance at the upcoming Cannes Boat Show.

Another new launch from Italy is the new SanLorenzo 40 Alloy. Like the AB 140 she is also scheduled to make her public entrance at the Cannes Boat Show. Maarten took the following photo a few weeks ago in Viareggio just after her launch. Her name is still unknown, but don’t hesitate to contact us if you have any more information on her. 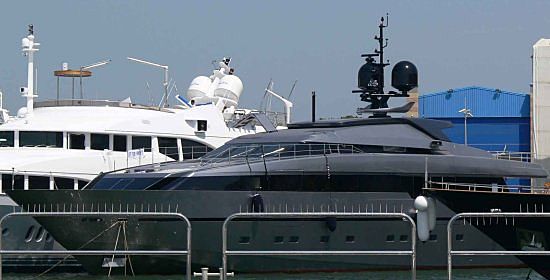 Derecktor is currently building an 85 meter yacht, project Dancer, to a design of Tim Heywood. Not much is known about the yacht. Her interior will be designed by Dalton Design and that her owner used to own two large European build yachts. This is not the first large yacht by Liz Dalton of Dalton Design, she previously designed the interior for Cakewalk (currently Fortunato).

The owner of Kokomo must be very satisfied with Alloy Yachts as he asked them to start construction of his third super sail yacht. The third Kokomo will be 58 meters in length and like the others she will also be designed by Dubois Naval Architects.