In our daily search for news we came across a yacht named Alamshar (photo below). We can now reveal to you, that this is the name of Devonport’s highly secret project, P305. A local newspaper reported P305 was under sea trials a few weeks ago off Kingsand, South East Cornwall. The journalist of the Westcountry News reported that a security boat was circling around the yacht the keep the public away. 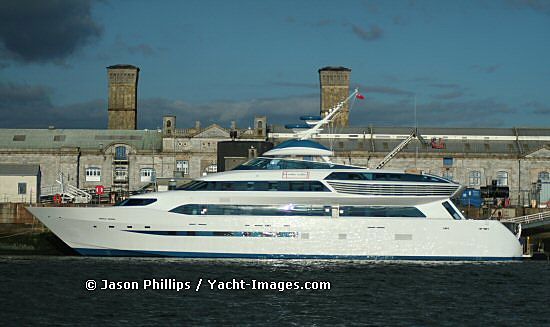 It also seems that the Devonport shipyard secured a new order. It’s reported that this new superyacht will be 96 meter. We hope to bring you more information on this exciting news in the near future.

During our trip to the South of France last month we came across some interesting yachts. One of these yachts was Brisa II (photo). The 32 meter Brisa II was built by Cantieri Di Pisa in 1985 and since her launch she has been in Santos, Brazil. The yacht is only used for private cruises and it’s unknown if she will return to Brazil.

Kalizma is back on the charter market after an extensive rebuild. Her hull has a new dark blue color and on top of her old deckhouse is a new second deckhouse of the same size. Behind the superstructure is also a new funnel. We hope to show you a photo of the rebuild yacht in the near future. 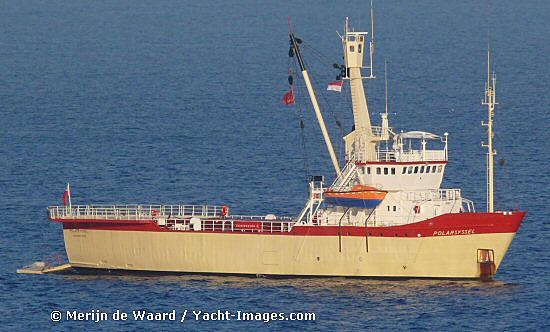 Another interesting vessel we came across was Polarsyssel (photo above). She was converted from a fishing trawler into an expedition yacht/support vessel by the German Peterswerft. During the Monaco Yacht Show she was anchored off the coast and flying a big red Edmiston flag. She also carried a large modern helicopter on her aft deck which led us think she could have been used as a support vessel during the show.

In July we reported that Austal had completed the 58 meter motor yacht Outback and last week we saw the first photos of Outback docked in Portofino. 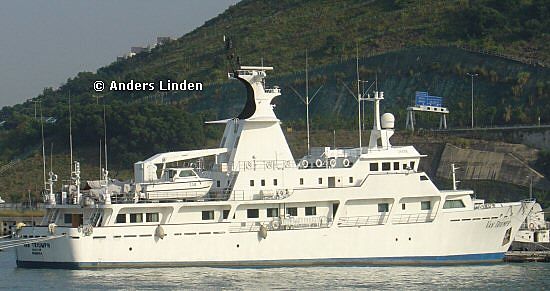 The 64 meter Van Triumph was built by Supercraft in Hong Kong in 1984 for David Lieu to his own design. Since her launch she has always been cruising around Hong Kong and there are not many photos of this yacht around. A few weeks ago Anders Linden visited Hong Kong and he took a photo of the yacht docked at the same place where she was built some 23 years ago. Van Triumph is currently for sale with an asking price of $ 12.000.000.