Words and photos by Maarten Janssen 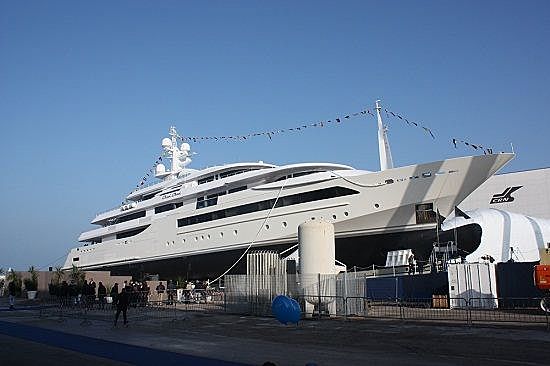 The launching ceremony, open to the whole city of Ancona, was attended by CRN’s Chairman and CEO, Lamberto Tacoli, the Chairman of the Ferretti Group and the Weichai Group, Tan Xuguang, and the Ferretti Group’s CEO, Ferruccio Rossi, as well as by several public authorities including the Chinese Ambassador in Italy, Ding Wei, the President of the Marche Region Council, Gian Mario Spacca, Ancona’s Mayor, Fiorello Gramillano, and many leading Italian industrialists and entrepreneurs. 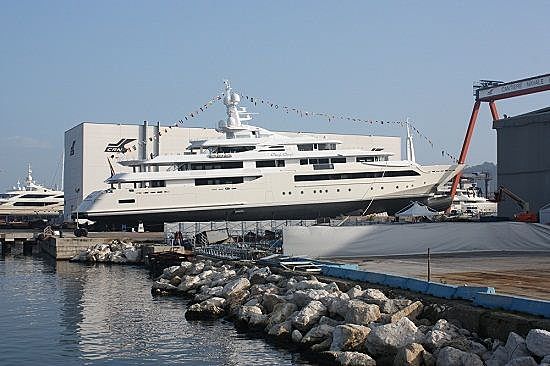 The superyacht features exterior design by Zuccon International Project, who worked in close collaboration with the CRN Technical Office. Chopi Chopi features an interior by Laura Sessa Romboli who worked closely with the CRN Centro Stile. 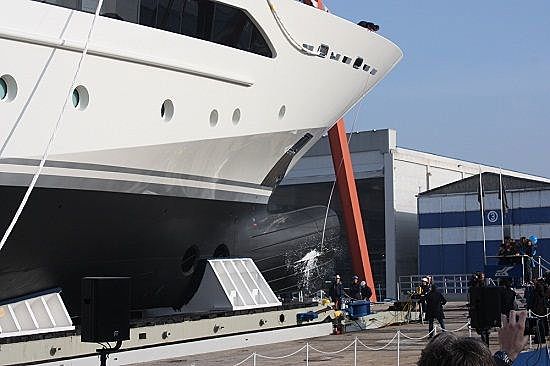 The launch was followed by a lunch for 500 guests, after which I toured the yacht. Inside, I discovered several interesting features, such as the 100 square meter beach club, which is accessible from stairs leading down from the main saloon. First passing the two huge tender bays, one of which will hold a special Riva tender, guests arrive in the beach club, which features a massage room, a sauna, and a huge swim platform. 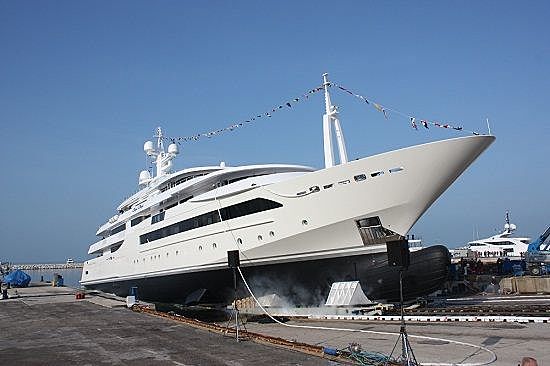 With a gross tonnage of 2365t, Chopi Chopi offers extraordinary space to her guests, which comes close to 1300 m2 in total, with 770m2 of outside deck space devoted to guests.

Moving forward from the main deck saloon, which can only be described as palatial in size, one first passes the main lobby which has a circular staircase wrapped around a glass elevator, which connects all of the guest decks. The lobby gives access to the owner’s private office, which features a fold down balcony. Forward of the office, there are 4 guest suites, all similar in size, yet different in styling. A large full beam VIP cabin can be found all the way forward on the main deck. 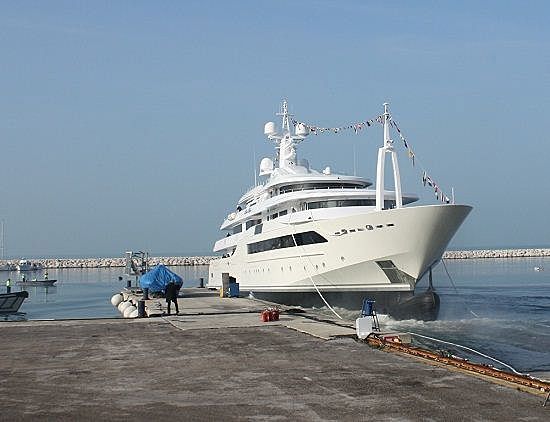 The bridge deck offers another huge saloon, connected with a large covered aft deck. Forward, passing the bridge deck lobby, one enters into a beautiful bar area that has a backlit onyx bar, whilst the orange drink cabinets add a dash of colour to the room. The formal dining room is next, which has two dining tables, as well as doors that open up to both side decks.

The bridge is a large open space, and is a remarkable design. It offers the crew incredible visibility, almost 270 degrees, allowing them to just about look towards the stern of the yacht. The designer, Gianni Zuccon of Zuccon International Project explained the design of the bridge: “This choice underlines the fact that the goal of design must be conceiving the product as the result of a clear merger of linguistic considerations with ergonomic and functional factors”. 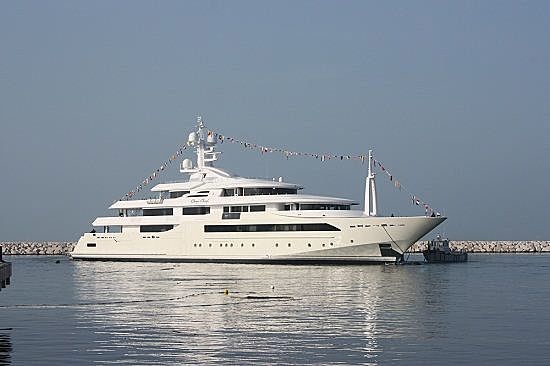 One deck higher one finds the owner’s private deck. A large suite, measuring 240 m2, includes his and her’s bathrooms and dressingrooms, as well as a private foredeck with a Jacuzzi. Aft of the owner’s lobby there is a staff cabin, and a private intimate tv saloon, which opens up to the Helicopter deck. Apart from a tender arrivals lobby, the lower deck, and sublower deck are both devoted to the crew. Chopi Chopi will carry a crew of 23, as well as 10 additional staff for the owner.

I also had a change to tour the yard’s facilities, and we will be publishing a project update later in the week.