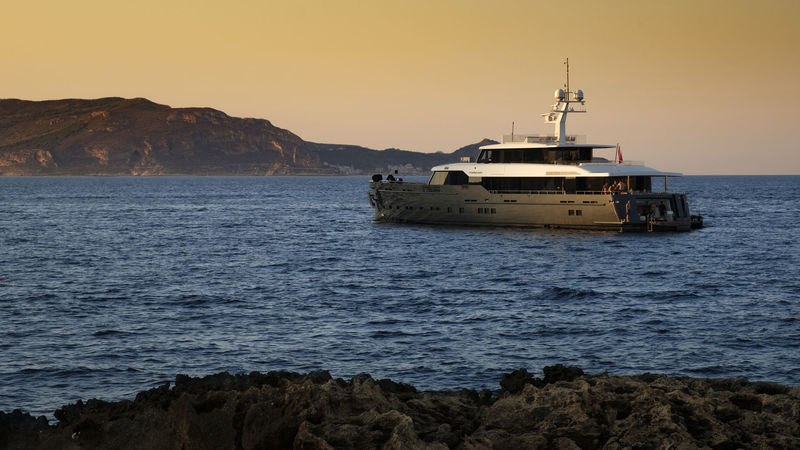 Photo: Ignazio BellomoForever is a 44.8-metre motor yacht built by Logica in Viareggio and launched in 2014 as My Logica. Displaying a dark navy hull, she features naval architecture by P.L.A.N.A. Design and exterior designs by Luca Brenta & Co while Mark Kemo Design is behind the design of her voluminous interior. The original owner of the vessel - a real estate and media tycoon based in Canada - is also the builder of the boat, who bought the Logica brand from the Benetti Sail Division when he realised halfway through the build that he, in fact, wanted full ownership of the project. The yacht was later sold in 2017 and renamed as Forever.  She was captured over the weekend by Ignazio Bellomo off the island of Favignana, near Sicily.