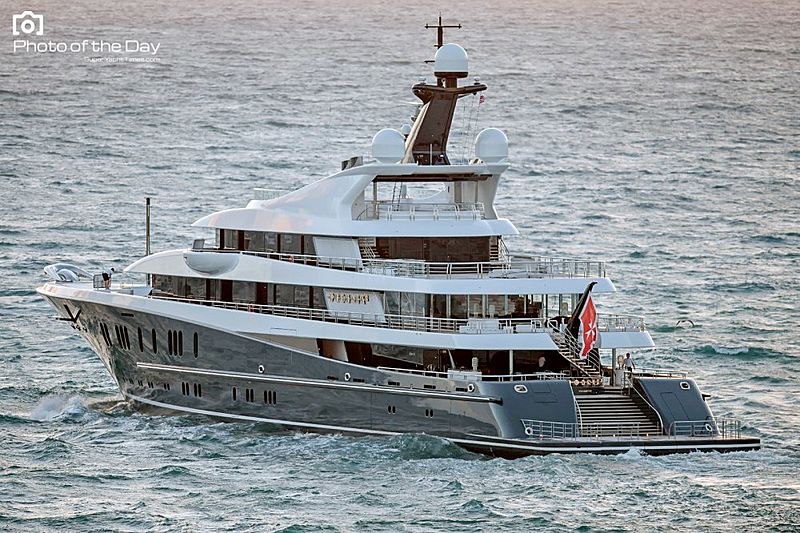 Designed by Winch Designs and launched at the Lürssen shipyard in 2010, Phoenix2 has become known for her striking grey hull as well as the imposing phoenix figurehead placed on her bow. The owner’s previous yacht was the 60.97m Phoenix launched at Lürssen in 2004, now known as Avanti. The yacht's large sundeck houses a swimming pool with separate Jacuzzi and an outdoor cinema. Here she is seen leaving Fort Lauderdale.