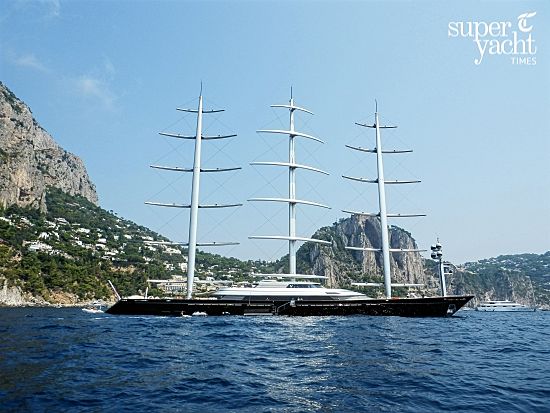 The well-documented super sailing yacht Maltese Falcon was launched at Perini Navi’s facility in Istanbul in 2006, having been commissioned by a well known American businessman. She was sold in 2009 to her current owner, who actively takes part in sailing regattas around the world with her yacht. Maltese Falcon’s unique DynaRig sail plan has to be one of her most recognizable features, consisting of three free-standing rotating carbon masts, allowing for near-autonomous sail handling. Perini Navi worked with Dykstra Naval Architects to make sure she is able to reach her 20 knots top speed, with Ken Freivokh Design having styled the yacht's interior and exterior space.