One of 2016’s most lauded launches was undoubtedly the 70-metre Joy, with her build and exterior design the work of industry powerhouses Feadship and Bannenberg & Rowell. By contrast her interior design is by an almost-unknown in the superyacht industry: London-based Studio Indigo. SYT met with Mike Fisher, Founder and Creative Director at the Studio, to learn more about the company’s multidisciplinary practice, plans for future superyacht projects and how bringing a fresh pairs of eyes to superyacht design allows them to stand out from the crowd. 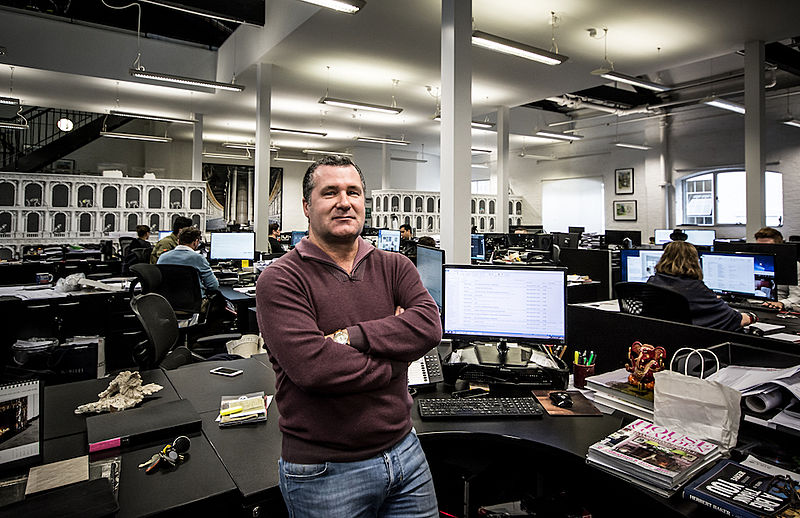 Mike Fisher has lived and breathed design all his life. Growing up in an army family, Fisher shelved plans to follow his father into the forces at the eleventh hour after realising that a design career was all he wanted. Going on to study architecture – “I had dreams of building cities. I was very into the big scale of things,” – after graduating he began work as a commercial architect, designing everything from churches to housing estates. “But I never actually built anything, which I found very frustrating; I would do the design and then five years later I would go and see the completed thing. I would stand outside my design in real life, and think ‘what have they done to it!’”.

After renovating his London house with his partner, a hugely positive response to the final result from friends, family and estate agents prompted him to make the move to found his own development company. Down the line a partnership with interior designer Ngila Boyd proved incredibly educational into the world of interior design: “She taught me most of what I know from here,” says Fisher. A desire to control the end result of a project – both inside and out – was what led to the founding of Studio Indigo in 2005. “I realised that with my architect's hat on, if I wanted control over what something looked like both inside and outside, I had to do both, and with that in mind I set up Studio Indigo.” Over the years the company has specialised in high-end residential projects in London and it was via this work that Fisher and his team first formally entered the world of superyacht design. “Through that process of working with these very wealthy people, we were lead into the extension of other aspects of design: the plane, the beach house, ski chalet and, of course, the boats.”

In a twist to the tale, Fisher is actually a superyacht owner himself and it was his own 32-metre motoryacht that served as Studio Indigo’s first superyacht project. “My partner and I would spend time on our friend’s Mangusta, and we kept telling ourselves we should buy a boat so eventually we bought a Fairline… within a year realised how much we enjoyed it, but that it was a little too small so we upscaled,” he says. “Over the 25 years we’ve had a few boats and we bought our current boat around five years ago, refitting her at Studio Indigo, before refitting another Mangusta at the Studio and then working on Joy.” 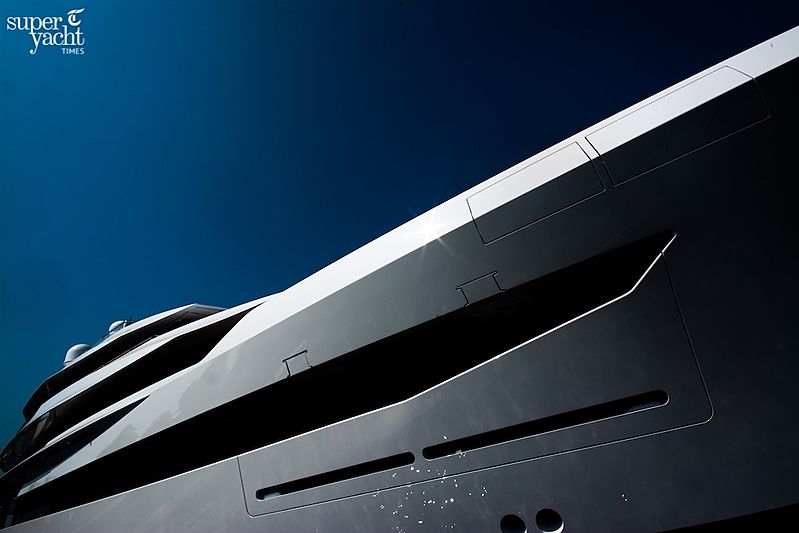 The Studio Indigo team was commissioned by the owner of Joy, already a loyal client of Fisher and his team, following his dissatisfaction with the original interior design he commissioned. “The owner of Joy was already a client of ours and we knew that we really clicked,” says Fisher. “He’s extraordinarily ambitious, very young, but ambitious. In a lot of his work he absolutely loves design and for us that’s brilliant; it’s a very hands-on process and we worked really closely with him.”

Having only really dipped their toe in the water of superyacht design before being awarded the contract for Joy, the yacht was a huge step up in scale and Fisher is open about the fact that there were several challenging aspects of the project. “The owner did a very clever deal with Joy as in terms of volume she’s around that of 45-metre boat, but what he has done is to create all of these wonderful walkways all around the boat which I particularly like as they hark back to those boats of old, the transatlantic liners where the rich used to promenade around the decks,” says Fisher. “You get these decks wrapping around the accommodation which of course means that the downside is that space is very tight, which proved challenging to achieve all we wanted to.” 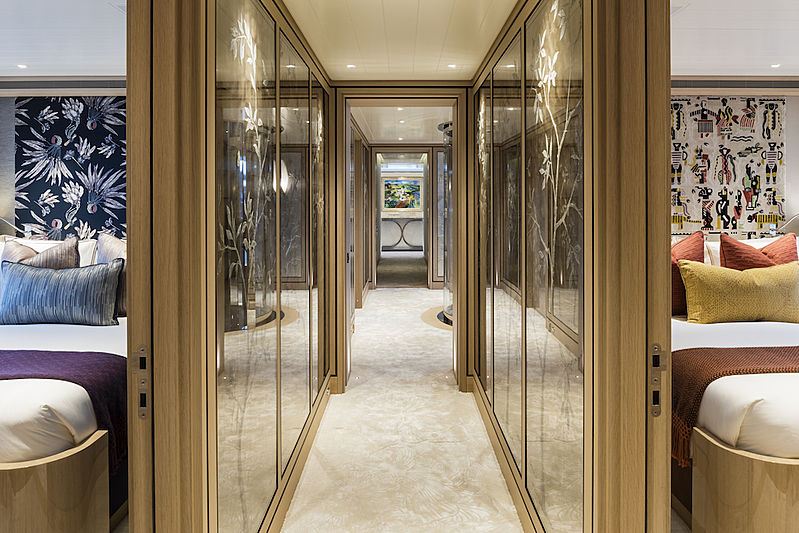 Following the owner's brief to create individual spaces on board the yacht, all while tying the overall design together and maximising the spaces, was a key objective. “We were worried when the client insisted that each cabin space had to be different - how do you tie it all together?” he says. “We tied it in with the architecture to give it that consistency throughout the boat, and we experimented with a lot of colour and different fabrics.” Applying techniques learned from residential design projects worked too. “In residential, we take 10,000 square feet and make it bigger with good design: a lot of light, simple, a lot of reflection and we wanted to do the same thing with Joy and make her feel even bigger than a 70-metre boat.” 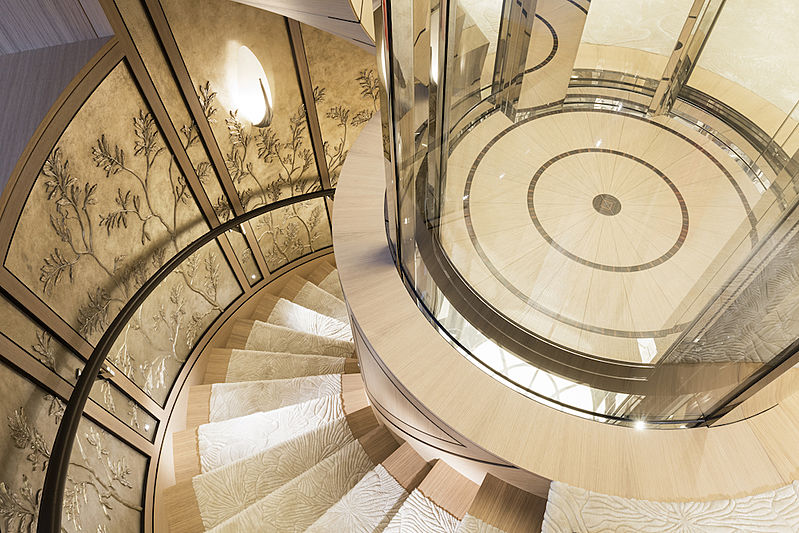 Not coming from a strictly yacht design background has, in many ways, proved beneficial by allowing Fisher and his team a freshness of eye and the ability to apply ideas and experience gained from work on other complementary avenues. “I think the freshness we bring is part naivety, because we don’t have a wealth of experience of yachting projects, but where we benefit from our current experience is that we do have a wealth of clients and a wealth of understanding as to how people live in their houses,” he says. “I think people are much more interested in comfort and practicality, and we understand how people want to live, so once they decide they want a boat, they don’t particularly desire a new learning curve and so are inclined to work with us.” 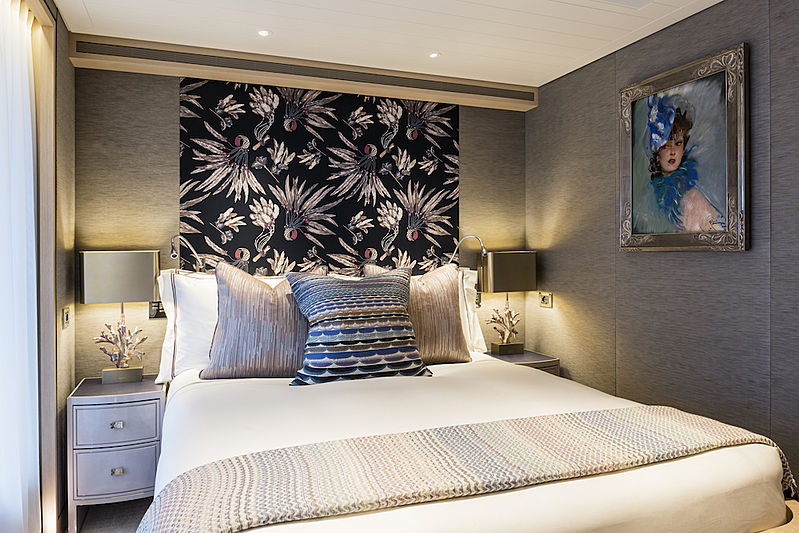 Keeping things unique and personal to each client is also key. “Without knocking the competition, I find that with a lot of superyachts you see the same thing done time and time again,” Fisher continues. “Our clients might refer to our previous work, but just because they like that it does not mean they want that recreated, they want their own uniqueness. So we try to give that to all of our clients, and give them that sense of ownership. I like it when a client throws a spanner in the works and has a different approach, and we have to quickly attune to what they want to achieve.” 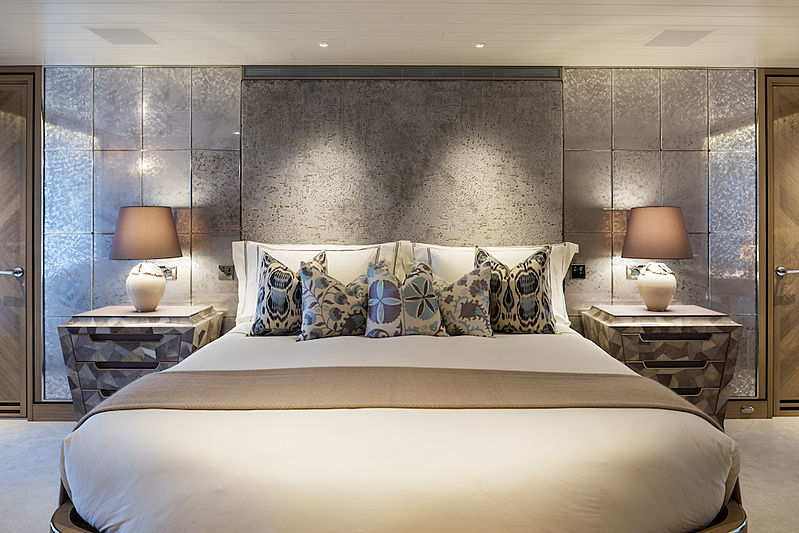 Despite the Studio’s recent entry to the superyacht sector, it does have a secret weapon in David Waite-Wright, Head of Design, whose 20-year career in the yachting industry includes stints with Terence Disdale and Andrew Winch and many years running his own yacht design studio. Waite-Wright joined the Indigo team in 2015, with his appointment part of a clear strategy to make yacht work a core part of the Studio’s portfolio. “We wanted to do two things with David: one to take his yacht design skills and translate them into the residential world, and the second was to develop our boating side of things, so he is key,” says Fisher.

With Joy now being thoroughly enjoyed by her happy owner, more yacht projects are already on the horizon for the Studio. “We’ve been looking at an 80-metre yacht and a 60-metre arctic exploration boat, which has been good fun,” says Fisher. As for what the future holds? “Hopefully we’ll have a few more yachts in our portfolio,” he says. “I’ve got a great team of young people at my office and I am becoming the grandaddy of it all but I’ve got at least another 20 years in me! I’d like to be a maverick when it comes to yacht design in five years’ time… I want people to know our name and know us for designing beautiful, elegant boats, inside and out.”

So, watch this space. If the success of Joy is anything to go by, we expect the name of Studio Indigo to quickly develop into a household name within the superyacht industry.

Interior photography from the Feadship.

This article was featured in a recent issue of the SuperYacht Times newspaper.Subscribe now and never miss another issue.