What is possibly the largest, and certainly the most spectacular, annual gathering of Maxi Yachts is set to take place in Porto Cervo in just over one month. Organized by the Yacht Club Costa Smeralda (YCCS), the Maxi Yacht Rolex Cup, established in 1980 and now in its 19th edition, will host approximately forty maxi yachts from across the globe from September 1st to 6th and the participating yachts will range from cutting edge, high-tech, pure racers to fast, but comfortable cruisers and vintage grand dames of the sea. 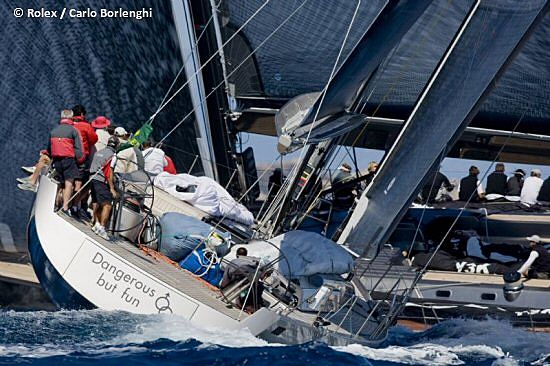 Participating yachts should be divided into up to five separate divisions depending on the number and variety of yachts entered: Mini Maxi, Racing, Wally, Cruising and Spirit of Tradition.

The Racing Division will see two-time winner (2003, 2006) Neville Crichton of New Zealand with his 100 foot-long (30.5 metre) canting-keel supermaxi Alfa Romeo hoping to continue his season's run of success which includes winning the Maxi Division at Rolex Capri Sailing Week, breaking his course record in the 243-mile offshore Giraglia Rolex Cup race and sweeping the board at the YCCS-organized Boat International Superyacht Regatta where he won all three races on both real and corrected time.

Alfa Romeo is not the only race winning, record-holder to compete in the Racing Division, however, as Rambler (a former Alfa Romeo), owned by the USA's George David, currently holds the race records in both the Rolex Middle Sea Race and the Rolex Buenos-Aires to Rio Race.

Crichton, a YCCS Member, will also be present in the Mini Maxi Division with the August-launched Alfa Romeo 3 competing in her first-ever regatta. Like her older sister she is also designed by Reichel/Pugh and built by McConaghy, however, at 70 feet (21.14 metres) she is considerably smaller and lighter. Although Crichton himself will be racing aboard the larger yacht, he is particularly looking forward to seeing Alfa 3 compete in Sardinia to keep a close eye on the new team and boat's performance. 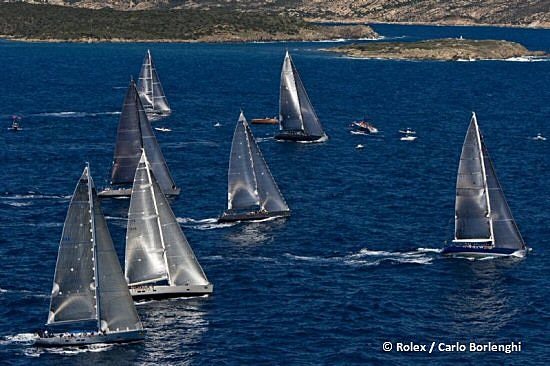 The Mini Maxi Division encompasses boats measuring between 60 and 79 feet and could see the best of the competition. Alfa Romeo 3 will be joined by a number of serious racing machines, all launched in the last couple of years and currently taking the grand-prix scene by storm: the 2007 Rolex Sydney Hobart winner, Roger Sturgeon's STP65 Rosebud/Team DYT, will compete alongside fellow American Jim Swartz's Moneypenny, also an STP65, which arrives fresh from battling it out at Cork Week with Andres Soriano's Mills 68 Allegre (GBR). Others to look out for include Acaia Cube, the Southern Wind yacht, chartered by well-known Italian actor Claudio Amendola with America's Cup sailors Flavio Favini at the helm and Tiziano Nava calling tactics. Carlo Puri-Negri's Atalanta II, division winner in 2006 and 2007, returns with Brazil's two-time Olympic bronze medallist Lars Grael, who will bring along his Argo project crew - an international team of sailors and athletes with physical disabilities due to participate in the 33rd America's Cup.

The Wally Division will see the first-ever regatta participation of the custom 143 foot (43.7 metre) sloop Esense (ITA). Wally founder and President Luca Bassani will be at the helm of this Bill Tripp-designed "contemporary classic" which features a carbon hull, 900 sq metres of sail area and a 60 metre mast for speed, plus, for luxury, a sea terrace, glass and mirrored walls, and adjustable modular guest cabins for the ultimate in comfort. Esense will be up against past event winners Jean Charles Decaux's J One (FRA, 2007) and Lindsay Owen Jones' Magic Carpet Squared (GBR, 2006).

Two J-Class entries in the Spirit of Tradition division, Ranger (CAY), winner in 2007, and Velsheda (USA), may race together with the Cruising Division yachts per last year's edition. The largest yacht in the fleet is expected to be the 44m/145-foot Salperton, designed by Ed Dubois and built by Fitzroy yachts in New Zealand. Sporting a 60m carbon fibre mast, she was built to the latest yachting standards and is a sleek superyacht designed for luxurious cruising performance. 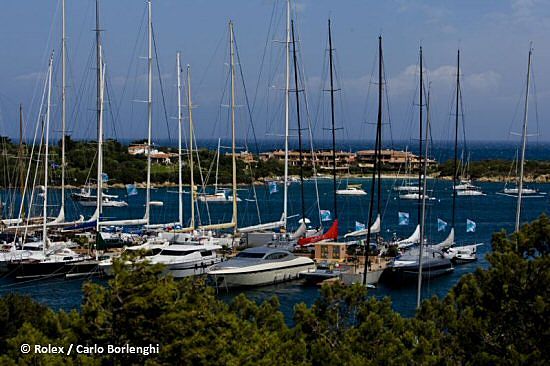 Racing is scheduled to take place over five days with courses set through the islands of the La Maddalena archipelago off Sardinia's rugged north-eastern coast. Racing will be followed by the usual array of exquisite social events organized by the Yacht Club Costa Smeralda and title sponsor Rolex.

"This 2008 season has been a particularly busy one for the Yacht Club Costa Smeralda," commented YCCS Sports Director Edoardo Recchi. "We had six events back-to-back in May and June alone, including two world championships. Now the traditional big September events are just around the corner and we are raring to go. The fleet of Maxis lining up for this edition is truly spectacular and no sooner will they claim their prizes than the Swans will be here for their biennial gathering and another world championship. It will be another challenging and exciting time for us!"