Following her delivery in May this year to her American owner, Arcadia Yachts has today announced that the new edition of the Arcadia 85, the 25.9 metre Arcadia 85S, will make her world debut at the upcoming edition of the Cannes Yachting Festival in September. 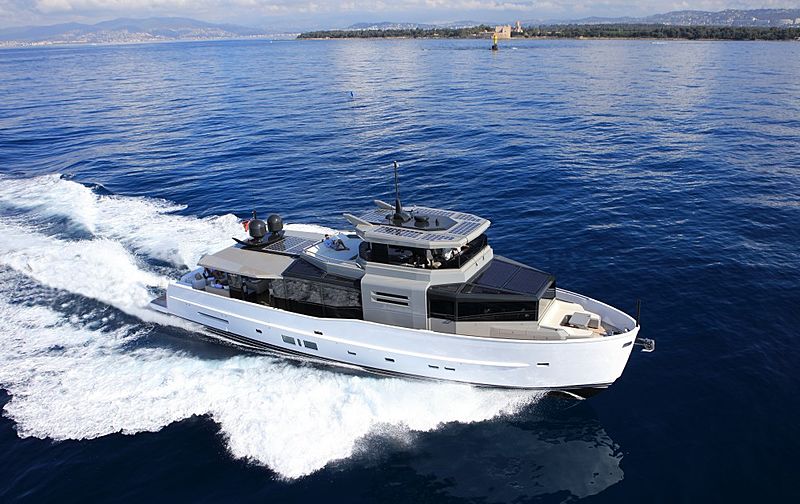 Designed in her entirety by Francesco Guida Design, what sets her apart from the original Arcadia 85 is the inclusion of an innovative sky lounge concept, which is convertible into a sheltered third deck. The climate-controlled space is protected by 360 degree openable windows that can be raised up to meet the hard top. Commenting on the design, Arcadia say: “The whole upper deck area becomes much more flexible and usable with any weather condition, being air- conditioned in very hot climes or bad weather or left open and aired if needed, as per any traditional sky-lounge.” 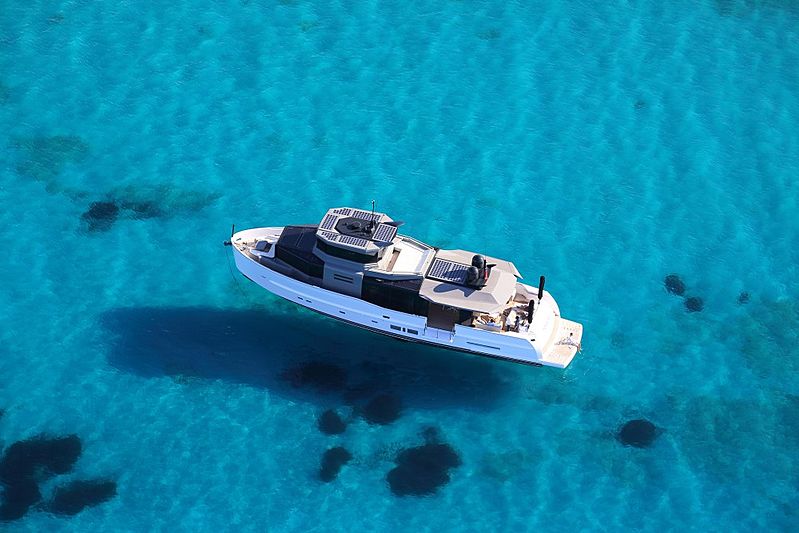 She accommodates up to eight guests over four well appointed cabins, including a large VIP cabin forward, two twin cabins, and owner’s suite amidships. Performance wise, she is powered by twin MAN diesels R6-730 hp each, with the alternative option of twin MAN 1000 hp engines. The former give her a maximum speed of 18 knots, a cruising speed of 16 knots, and a range of 850 nm at 12 knots. 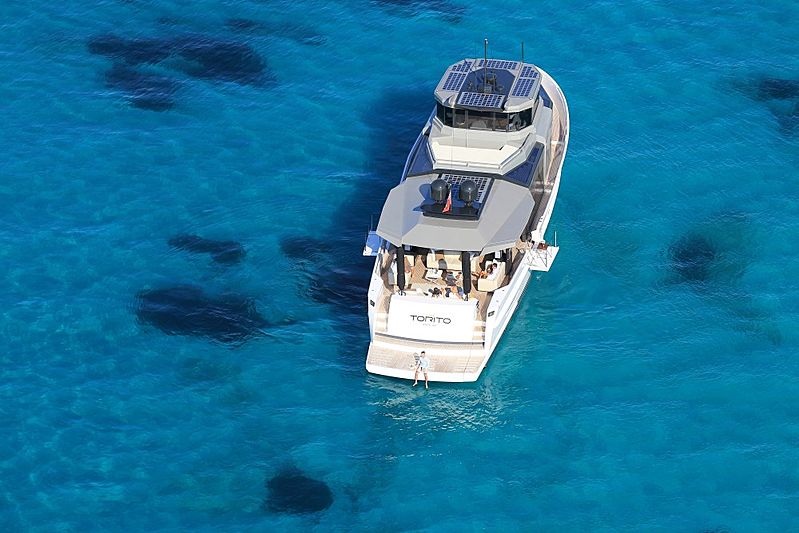 Along with the inaugural Arcadia 85S, Arcadia Yachts will also showcase the 31 metre A100 superyacht, as well as the mini explorer yacht, Sherpa. The Cannes Yachting Festival will be held from 6th to 11th September.