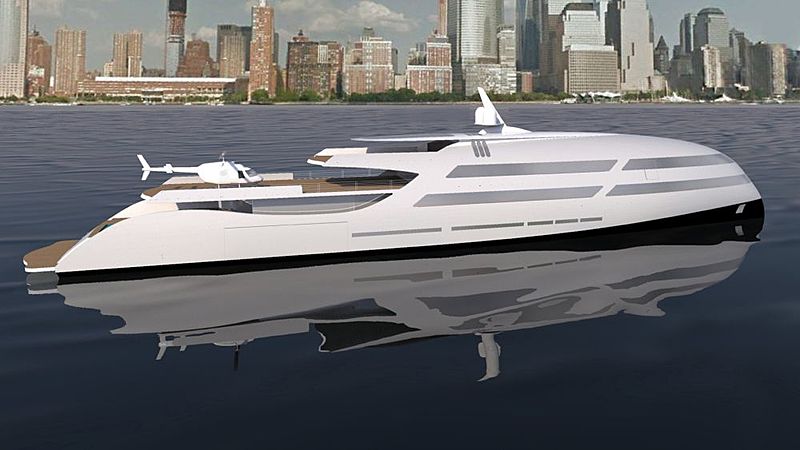 As the name suggests, ERA measures 80 metres – from the tip of her rising bow shape to the sloping structure that leads down onto the swim platform. The unique shape of her bow and high-performance hull was developed together with Danish naval architecture firm, Stuart Friezer Marine. 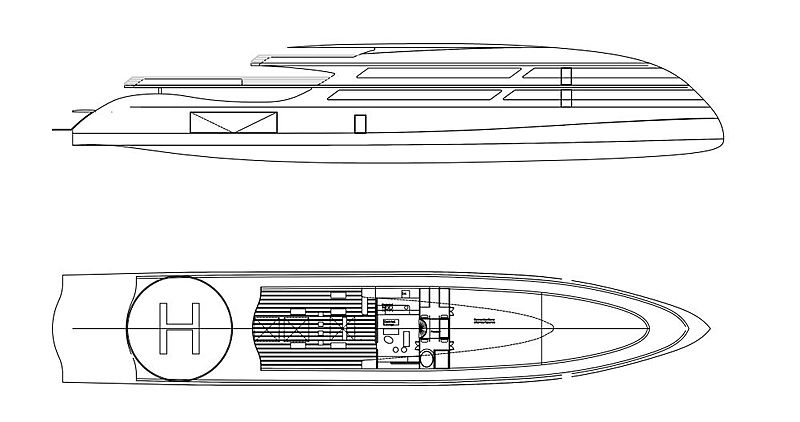 Designed to be built entirely from aluminium, efficiency is at the heart of the project with tank testing having taken place at the Shanghai University in China, proving that with minimal propulsion power ERA will be capable of reaching a 25-knot top speed. 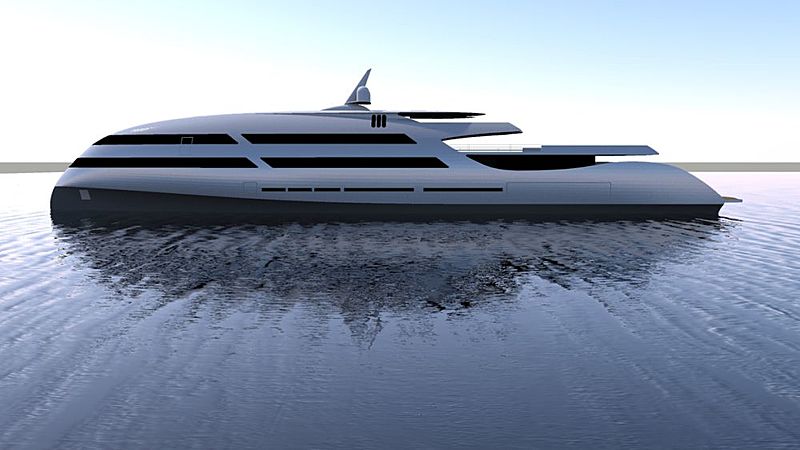 Guests board the yacht via tender on the aft swim platform or either of the two side balconies. A helicopter landing pad makes long-range guest transfers a breeze.

Inside, ERA is designed with four guest staterooms on the lower deck along with a VIP suite that connects directly to the spa and wellness centre onboard. The owner is treated to a private deck that leads out onto the 13-metre-wide helicopter landing pad and outdoor entertainment space.

The project team drew inspiration from the explorer yacht Ulysses that saw interior outfitting take place offsite in just 10 months. The same philosophy was applied here with the idea of shortening the outfitting phase and be able to deliver a faster handover time for the owner.