Kha Shing launched the Monte Fino 122 at the end of 2008 and she has successfully completed her sea trials and will soon be delivered to her Australian owner. This new Monte Fino superyacht will be called Masteka 2 and it’s the second Monte Fino for the same owner, who also owns a Monte Fino 96 with the same name. 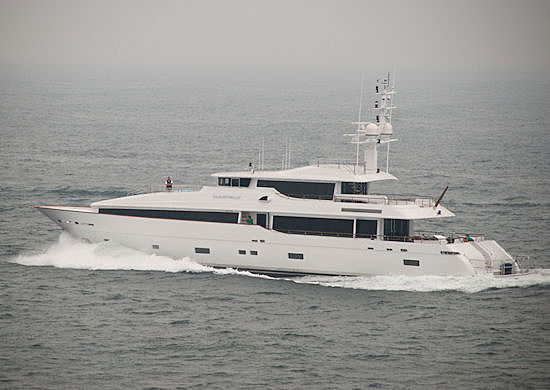 The exterior of Masteka 2 was styled by Dubois Naval Architects, while the naval architecture was done by the in-house team of Kha Shing. 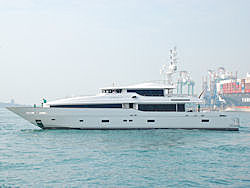 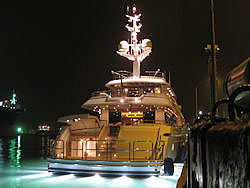 Built to Bureau Veritas rules, the semi-displacement fibreglass motor yacht is powered by twin 1875 HP Caterpillar C 32 diesels which enable her to reach a top speed of 17.5 knots.

Video of superyacht Masteka 2 in Australia