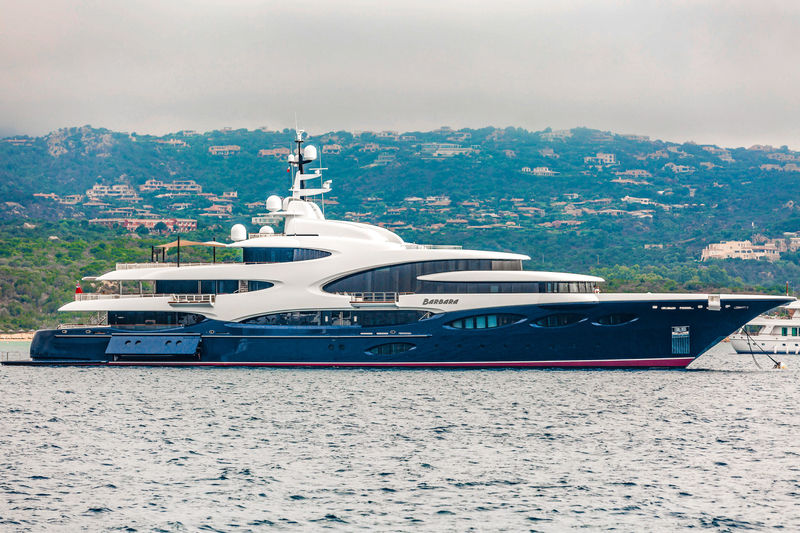 Photo: Nick StevensonThe 88.5-metre Barbara was the smallest yacht launched by Oceanco in 2016 after the 106-metre Black Pearl took to the water a few months before her in Rotterdam. Designed by Sam Sorgiovanni, the designer behind the two Oceanco superyachts Anastasia and Nirvana, Barbara has a beam of 14.2 metres, a draft of 3.9 metres with an estimated internal volume of 2,950 GT. Here she is seen anchored outside a rainy Cala di Volpe on the island of Sardinia.