The preliminary notice of race has been officially launched to industry, 9 April, and we’re inviting superyachts with a taste for adventure to join the dash for line honours.

The dates have been set, the courses are being finalised and the 2015 New Zealand Millennium Cup is lining up to be one of the best editions of the superyacht regatta, yet. With the preliminary notice of race ready for distribution to the global superyacht industry, we’re pleased to announce the New Zealand Millennium Cup will be back; held in the new location of the beautiful Bay of Islands.

Already considered the premier superyacht regatta of the South Pacific, the New Zealand Millennium Cup has built a reputation for close-fought, fun racing, since the inaugural edition in 2000. Drawing attention to New Zealand’s beautiful cruising grounds, skilled workforce and innovative industry, we’re looking forward to delivering an event which showcases the best of New Zealand’s superyacht sector in a laid-back, recognisably-Kiwi style. 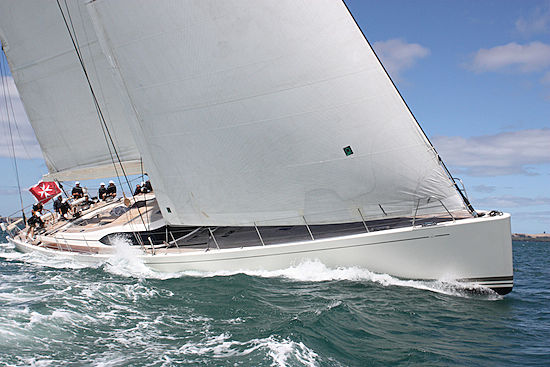 A key focus of the regatta is to encourage extended cruising within the country, and the Cup committee will be working closely with the wider industry to ensure yachts are aware of the diversity New Zealand waters present, as well as the opportunity for world-leading refit and repair services. This is the place for yachts with a thirst for adventure; for the wanderers, the trail-blazers and the explorers. For the first time the New Zealand Millennium Cup will be incorporated into the Bay of Islands Sailing Week; a hugely popular week-long regatta with a reputation for exceptional racing on the emerald waters of this sub-tropical part of New Zealand.

“Incorporating the New Zealand Millennium Cup in a vibrant and well-run regatta offers another attraction for a superyacht to visit New Zealand and maybe stay longer,” says Busfield. “We also envisage a flow-on benefit to Auckland and beyond from a larger number of superyachts and other cruising yachts visiting the Bay of Islands,” says Busfield. 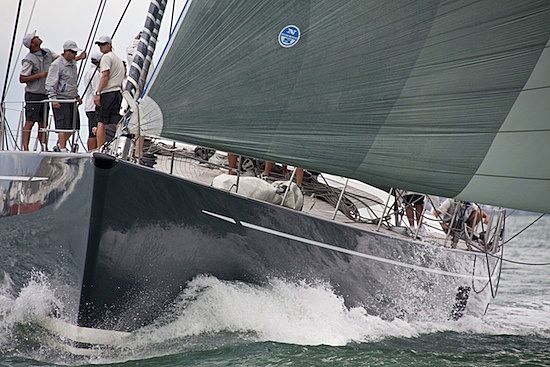 Feedback from captains and owners who participated in 2013’s regatta was overwhelmingly positive; they heaped praise on the competitive local crew and ethos of the event.

“It’s a fun regatta with a competitive edge. You don’t need to spend thousands flying in rock-star crew, there are plenty of world class guys locally who will jump at the chance to help you get round the track in one piece,” said Captain Blair Macleod of S/Y Silvertip.

Gerhard Ruether, captain and owner of S/Y Zefiro, enjoyed the change of pace compared to his more usual haunts of Mediterranean and Caribbean regattas.

“We had a lot of fun. The regatta was well organised and the atmosphere easy and pleasant. I would recommend any captain and/or owner planning cruises in the Pacific to arrange to visit the beautiful country New Zealand as a must and organise their stay timewise, so that participation in the Millennium Cup is not missed.”

The Cup’s committee are looking forward to reinforcing the event’s reputation as the premier superyacht regatta in the South Pacific and would welcome the chance to discuss the event with any captains and owners interested in joining the dash for the line.