Opening today until the 6th October, the 54th Genoa Boat show sees international yachting take pride of place in a completely renovated event. Following recent criticism, the renowned show has been forced to step up their game to remain relevant and important to the superyacht industry. 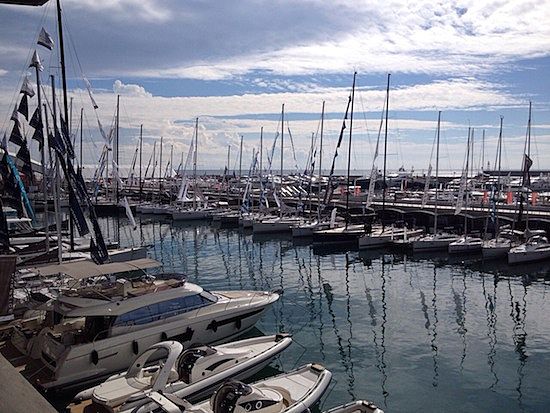 This years show boasts previews of an abundance of boats of all shapes and sizes, accessories and systems. Around 100 new products will be announced over the duration of the event, including the 36.5 metre Sanlorenzo SL118 and the 35 metres AB 35 by the Fipa Group. Both the SL118 and the AB35 are examples of the Made in Italy trademark.

The largest sailing yacht on show is the 24 metre Vismara V80 Easy Cruising, with the smallest vessel being the 2.2 metre Vergaplast 220 T. Among the larger boats, Sanlorenzo will be displaying the 36.60 metre SD112, while the Ferretti Group presents the Pershing 70 and the Navetta Custom Line 28.

Other vessels on show include the Absolute 58 and the Cranchi 43 Eco Trawler, as well as the new Paranà 38 by Rio Yacht. Among the small boats not to be missed are the new Wider 32; the Austrian Frauscher 747 Mirage; the Cayman 19 Sport; the Saver 300 Deluxe, the Sorrento 780 fishing boat, and the Selva 7.0 Cabin Pilot House.

The on board electronics sector will be widely represented by giants such as Furuno, Garmin, Navico and Raymarine. Even very distinguished Italian firms will take the stage: new products will be on show by Mase, Osculati, Nemo, Besenzoni among others.

2 March 2021 10:00
Refit
Before 2012, the Antibes Shipyard (also known as Chantier Tréhard) was operating as the well-known builder of high-performance sailing yachts such as the 39-metre Vaim...