Despite the anything but easy period for the world economy, over the past two years the Overmarine Group has done a considerable amount in terms of investments. As a result, the group has recently sold the 8th Mangusta 165, and the first and second Mangusta 94.

“The results of these investments were not slow in coming either,” declares Francesco Frediani, Group Commercial Director, proudly, and rightly so. “The sale of these 3 maxi opens confirms the strong presence and success of the Mangusta brand on the world panorama of luxury yachts.”

Five years after first being presented, and 3 months after delivery of hull no. 7, premièred to the world at the Fort Lauderdale boat show, the sale of the eighth Mangusta 165 confirms that this Overmarine Group model is hugely successful. 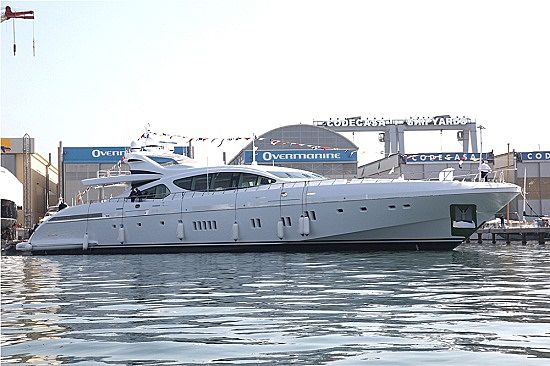 Able to reach a speed of 40 knots, Mangusta 165 is the fastest fibreglass Maxi Yacht Open ever to be built. Pure lines and a sporty profile enclosed in a smart white hull, she is the highest expression of the Mangusta style, and knows no rivals in terms of comfort, either: her interiors volumes can be compared to those of a three deck yacht of the same size, something entirely unimaginable from the outside due to her sporty lines. 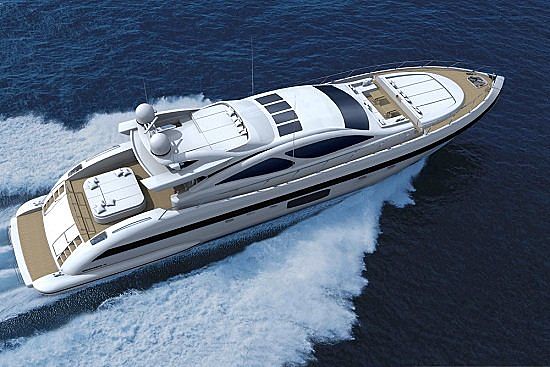 Although she was created as a natural evolution of Mangusta 92 and is just under 30 metres in length, thus complying perfectly with the mooring requirements of European marinas, Mangusta 94 is a completely new model. The new features of this yacht include a sundeck and a completely refurbished bow cockpit, with a dining area that, besides the sundeck, includes a divan and table. Primary importance has been given to natural light thanks to the 4 ceiling skylights of the main salon and the large window on the bulkwarks (Master’s cabin), where there are also two portholes which can be opened. This side glazing will become a distinctive feature of all future Mangusta models.