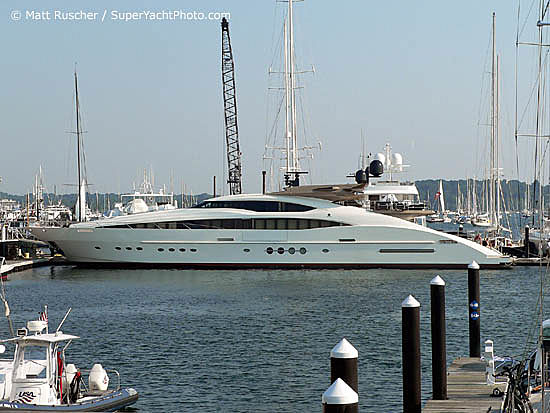 Four Jacks was built in 2008 by Palmer Johnson in Sturgeon Bay, Wisconsin. She was built as part of the PJ150 series. In 2007 the first two PJ-150’s, O’Khalia and Hokulani, were delivered follwed in 2008 by number three, Four Jacks, and by number four Clifford II. In 2009 PJ launched two more 150's, Blue Ice and Oneness. The series is designed by Nuvolari Lenard.

Go to SuperYachtPhoto.com for more photos of Four Jacks.