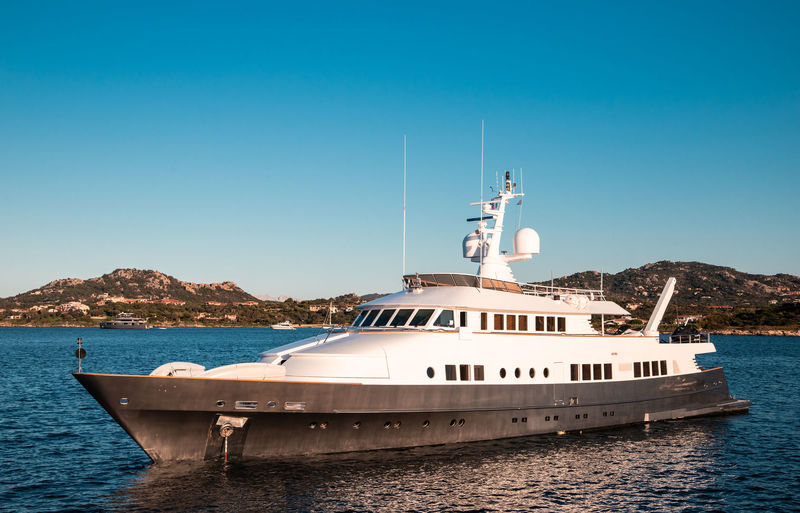 Photo: SuperYacht TimesThe 44-metre Berzinc was first launched in 1977 at Astilleros de Mallorca under the name Cleopatra and has since undergone some major transformations. Years later, she was taken to Balk Shipyard in the Netherlands where she was completely rebuilt from the hull up specifically with charter in mind and also had a new interior installed in Elegan, Istanbul. In 2011 1,5 metres were added to her stern to create a new swim platform and the following year a complete respray of the exterior paint was applied. Today Berzinc operates as a successful charter yacht in the Mediterranean and here she was seen outside Porto Rotondo on the island of Sardinia recently.

The Oceanco superyacht Barbara in Sardinia