Delivered earlier this year, Rahil is a sistership to the Admiral 54 Sea Force One, which received great appreciation worldwide. Designed by Luca Dini and built by Mariotti Yachts, Rahil has a sleek and imposing silhouette. Three hydraulic doors, one on the main deck and two on the owner’s cabin, open up to create balconies. 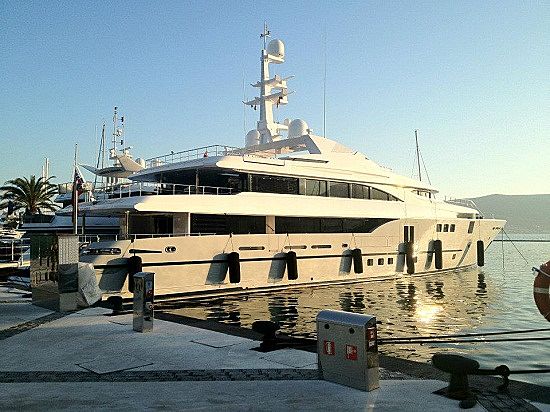 Other distinctive characteristics of the 54 metre superyacht, seen here in Porto Montenegro, include the stern hatch which opens as a platform over the sea, and a huge sun deck, which, unlike her sistership, does not have a central mast structure, resulting in a much larger open deck.

Special attention has been paid to soundproofing and noise reduction. The two Caterpillar engines power Rahil up to 17.5 knots and she has a range of around 5,000 nautical miles at economical speeds.