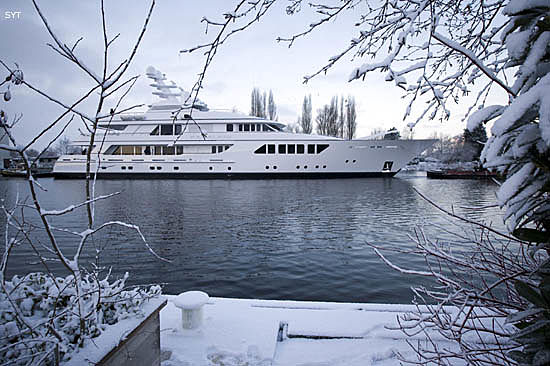 The 55.05m (180’7”) Feadship Kahalani was christened on Saturday 16 January 2010. Her delighted owner had flown in members of the Light Infantry Buglers to serve as a guard of honor and add extra gravitas to the name giving ceremony. Kahalani is the first brand-new Feadship for a client who had previously owned the 43-meter Feadship launched as Sea Sedan in 1993 and renamed Kahalani (which means ‘heavenly waters’). She features an interior by Rémi Tessier, a first for Feadship.