The 115 metre superyacht Issham Al Baher has always been a bit of a rare sight. However, she re-appeared on our radar a few years ago when she returned to the Med. The Caesar Pinnau designed superyacht, a sistership to Monaco resident Atlantis II,then moved on to Greece, where she was refitted. Some photos of the yacht appeared online, which led some to believe she was about to get scrapped, instead of being restored to her former glory. 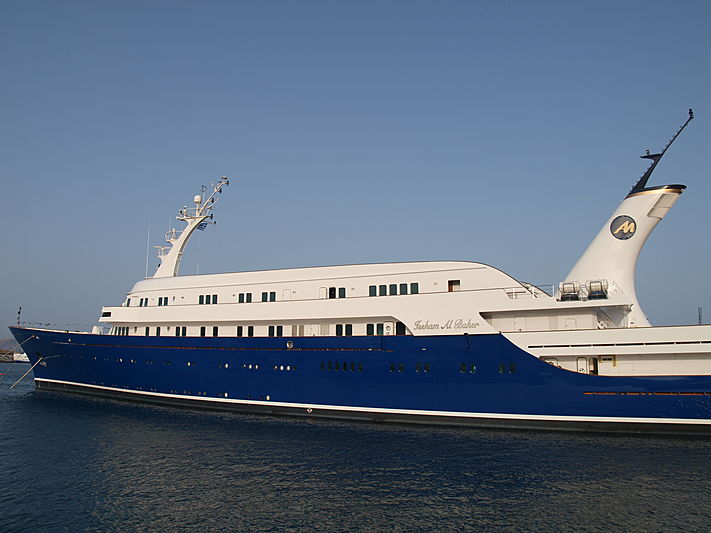 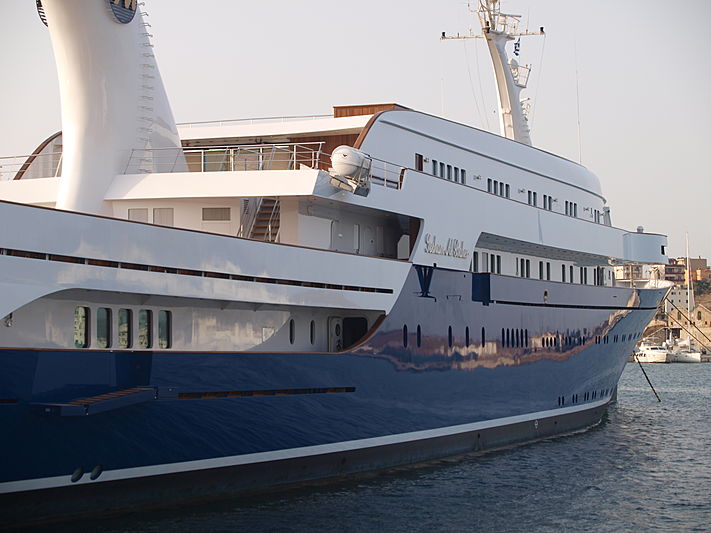 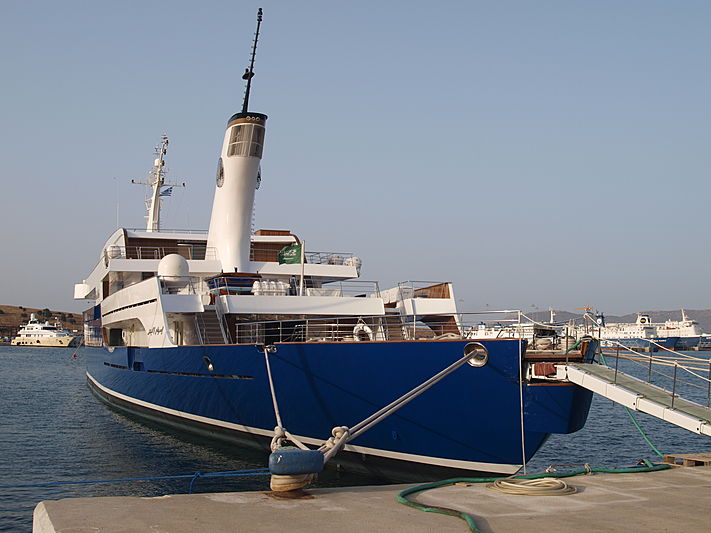 Luckily these photos, send by SYT reader Alexandros Priftis, taken in Lavrio, show the yacht in pristine condition. She now has a blue hull, and we can see several cosmetic changes. The most notable are the new much larger portholes aft on her main deck, as well as a large new fashion plate on the tender deck. The tender deck itself now features much smaller tender cranes. 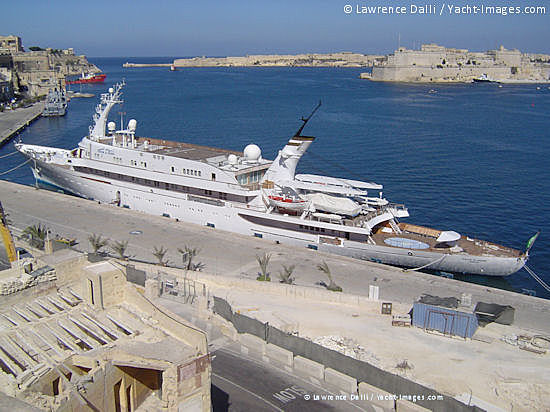 As a comparison,this picture from before the refit shows Issham Al Baher in Malta on 28 August 2005.