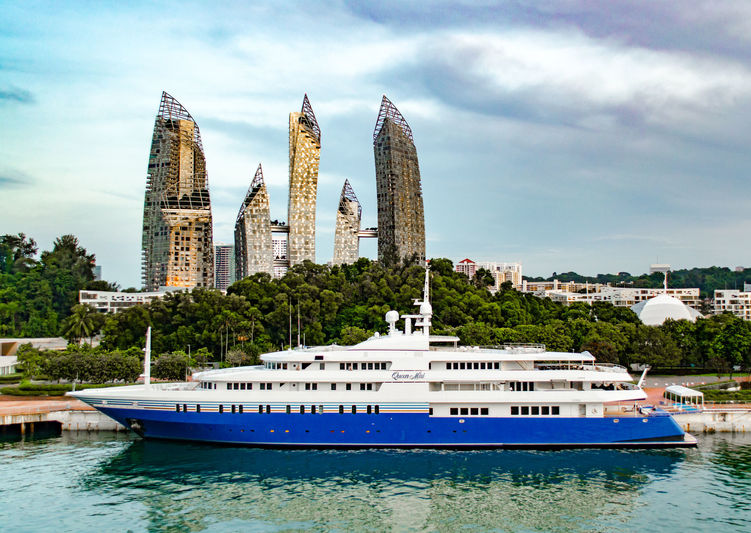 Queen Miri has managed to escape the public spotlight since her delivery from the Amico & Co shipyard in Genoa following a major rebuild project that came to an end in 2016. Known before as the 85-metre Delma and launched as Annalise in 2007, Queen Miri today is in many ways an entirely new ship, almost unrecognisable to those in the know. Her striking new blue hull and altered aft structure onto which over 6 metres has been added gives her a completely new look, styled by the Dutch studio Bernd Weel Design. The Italian design house Studio Massari created a new interior for Queen Miri, of which few details have been released. Following a short stint in the Mediterranean after her re-launch, Queen Miri has headed east and now seems to be based in Singapore, as seen here recently in Keppel Bay.