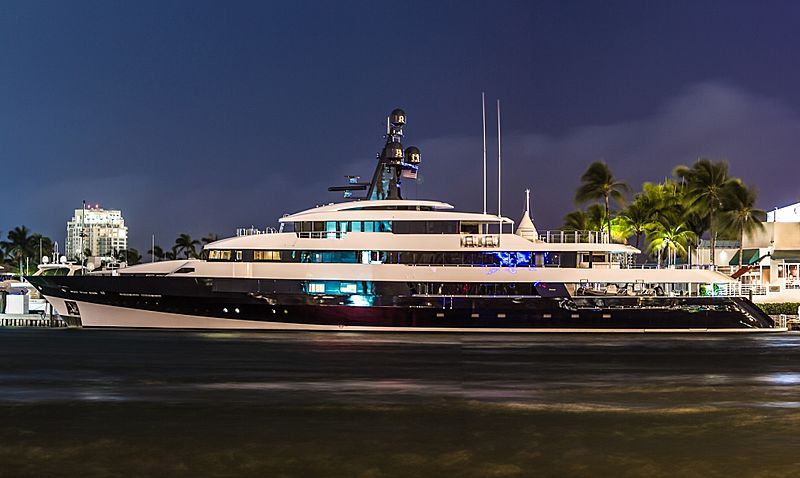 After having been refitted by Compositeworks in La Ciotat last year, the re-designed 67.3 metre Feadship Falcon Lairwas re-launched just in time for the 2015 summer cruising season. The yacht now features a completely new exterior appearance, thanks to the designers at UK-based design studio Olesinski. The yacht was first launched in 1983 asNew Horizon Lat Feadship’s Royal Van Lent yard in Kaag, designed by Jon Bannenberg with an interior by Luigi Sturchio. Her subsequent owners made extensive alterations to the yacht over the next 29 years, including a name change toWhite Cloud, until she was purchased by her current owner in 2014, who decided to have the yacht’s exterior completely restyled. She now sports a more modern exterior, with distinctive blue hull and grey mast. She is currently moored in Fort Lauderdale, Florida.