Home > News > The Riva dream lives on in Monaco

“I don’t know what to say - I am so deeply moved! My first thoughts go to Prince Rainier who in the late 1950s introduced me to what was the real Principality of Monaco, then to Prince Albert II, President of the Yacht Club de Monaco, who did me the great honour of coming to greet me this weekend on my Aquarama LIPICAR IV. Riva’s history is intimately linked to that of the Principality, thanks to the Princes who have always been open to initiatives and encouraged the development of recreational boats making Monaco the reference in terms of yachting,” said Carlo Riva, the ‘Ingegnere de Sarnico’, at the Riva Trophy prize-giving which ended an exceptional weekend. 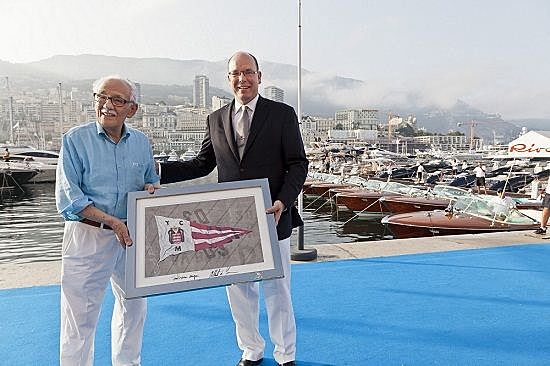 Organised by Monaco Boat Service in collaboration with the Yacht Club de Monaco and Credit Suisse, the Riva Trophy united the whole family from the prestigious Italian boatyard for a triple celebration: 170 years of the Riva boatyard, 50 years of the Aquarama and 90 years for Carlo Riva. 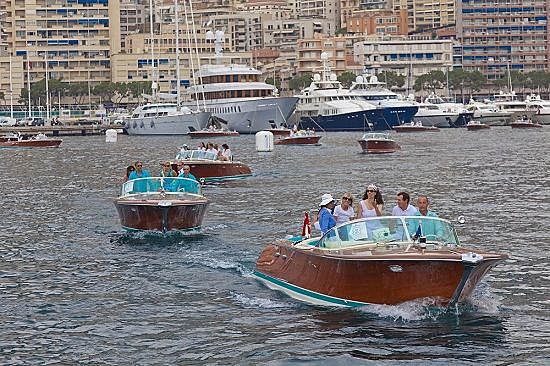 Highlights of three days of festivities included the regularity contest between Monaco and Saint-Tropez, organised by the Yacht Club de Monaco and won by Aquariva Gucci Rivanya; the presentation of the newly launched Riva Virtus 63’, the elegance parade on the theme “Be as Beautiful as your Aquarama”, won by the crew on Rombouts ahead of the 1970 Aquarama Super Gala; a very sixties themed gala evening at the Monte Carlo Beach; and a grand parade of around thirty Aquaramas in the bay to pay homage to their designer who totally reinvented the art of boating for pleasure.

Although the family had started building boats in the 19 th century, it was the extraordinary energy of one man who gave birth to the Riva legend - Carlo, son of Serafino, transformed the Sarnico boatyard into a myth with his range of mahogany motorboats.