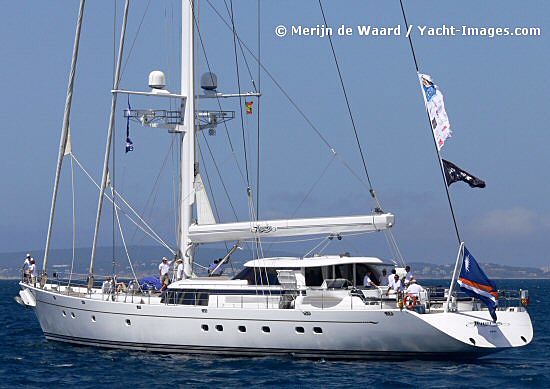 Hyperion off Palma de Mallorca preparing for the last race of the Superyacht Cup 2007, June 19. Hyperion was built by Royal Huisman for well known yachtsman Jim Clark. When he took delivery of the 90 metre Royal Huisman Athena in 2004 he sold Hyperion. The 45m yacht was designed by German Frers and Pieter Beeldsnijder, who was also responsible for her interior.