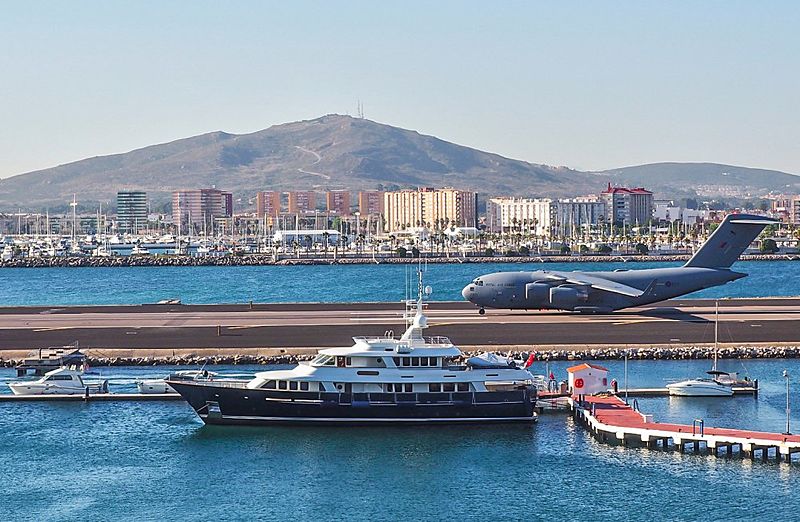 The 35.8 metre superyacht Arcadia was built by Royal Huisman in 2006 to a design by Tony Castro. The yacht is best known for having navigated the Northwest Passage in 2011 as only the 159th vessel in history to have had achieved this maritime milestone at the time. Arcadia returned to Royal Huisman just ahead of her epic voyage that year to have the shipyard’s in-house refit division ‘huisfit’ prepare the vessel for high latitude cruising. Her interior spaces are the work of the Rhoades Young Design studio. The yacht was seen in the port of Gibraltar last month.