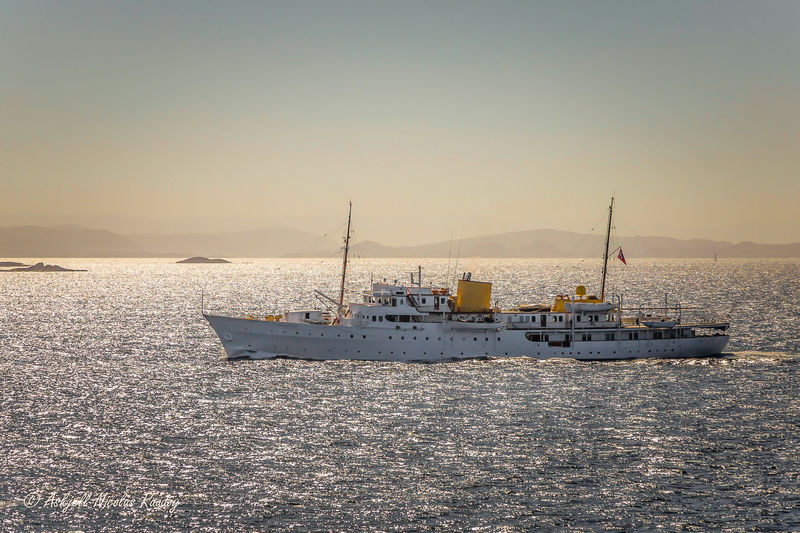 Photo: Askjell RaudøyOne of only three remaining Royal yachts in Europe, the 76.2-metre motor yacht Norge was built in 1936 at England’s Camper & Nicholsons Shipyard in Gosport. Commissioned by the English aviation pioneer and yachtsman, Thomas Sopwith, the yacht was sold shortly after to the British Admiralty in 1939 to serve in the Royal Navy. Under the name HMS Philante, the vessel was known as the most luxurious warship of her time and covered huge distances as a convoy escort vessel, clocking no less than seven Atlantic crossings between 1941and 1942 alone. In 1947 the Norwegian government acquired the yacht and returned her to Camper & Nicholsons for a refit before christening her as Norge when she came into official service on 17 May 1948. Today she is maintained in immaculate condition and can often be seen cruising in Norwegian waters throughout the summer season.