Home > News > Insight: Building to order or building on speculation

Picking the brains behind Lürssen, Sunseeker, Feadship, Heesen and Benetti, here we find out more about the business models which underpin how these shipyards build their superyachts: namely, whether they build superyachts to order - at a client’s request, on speculation - where the yard intends to sell the project over the course of the construction, or in a combination of the two. 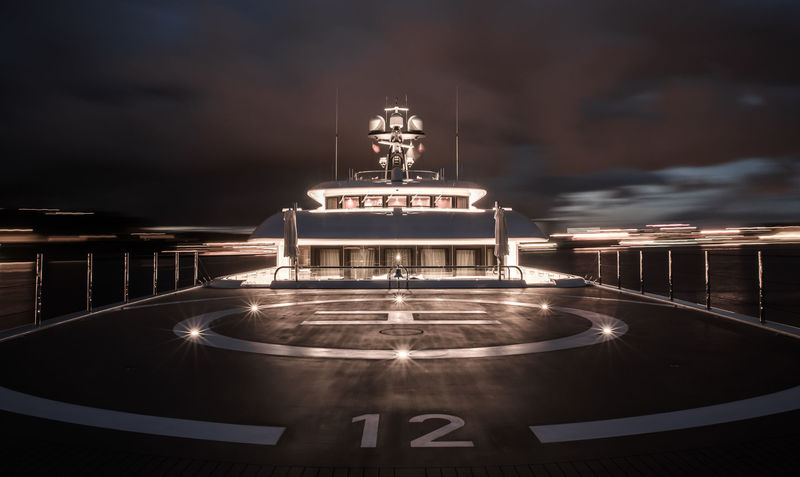 Photo: Tom van Oossanen / SuperYacht Times
Building Background
As a snapshot of the industry today, according to the SuperYacht iQ Terminal, there are a total of 420 superyachts currently under construction above 30 metres, with 224 of these originally started with an owner (53.3%) and 196 originally started on speculation (the remaining 46.7%). As you might expect, the statistics show that as the size of the yacht increases, fewer yachts are built on speculation and a greater number built to order. Out of these 420 yachts currently in build, 99 of these are offered for sale as speculative projects, which is 23.6% of the overall number of yachts in build.

Before we begin, it is worth noting that the story is never as straightforward as this simple divide, however. Although the vast majority of speculation projects are begun by shipyards and their investors rather than by clients, in some cases, the client still builds speculatively. If a client ordered three similar yachts with the intention to sell two of them, this would be a speculative build by definition, but one initiated by the client, not the shipyard. 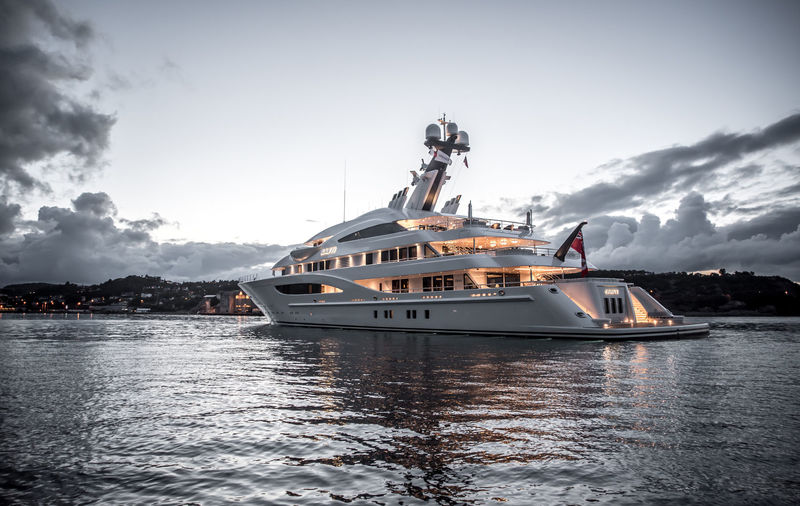 Photo: Tom van Oossanen / SuperYacht TimesAs a final proviso, it is also worth considering the different types of speculation projects, since we can class these as ‘complete builds’ and ‘hull only’ builds. In the first case, the vessel is built entirely on speculation whether a buyer is found or not during the construction process, whereas in the second case, the shipyard opts to start up only the hull construction - saving approximately a year into the construction time and comprising a lower investment from the shipyard’s perspective. To get to grips with all of this, we spoke to representatives from various yards to hear more about the reasoning behind these business models, and how they work.

Building to Order
Although certain yards base their business model on building solely to order - and only building what they class as ‘custom’ or ‘bespoke’ yachts like Feadship and Lürssen - others, such as Benetti and Heesen use a combination model.

For Feadship and Lürssen, building only to order goes to the heart of what they consider their build philosophy to be. To put it simply, for these yards, building large, bespoke superyachts is what they do. As Feadship explains, “Feadship’s business model is to build unique yachts for our clients. This can only be done together with our clients, as we start from a blank sheet of paper and we need the owner to be involved from the beginning. Therefore we can only build to order.”

For Lürssen, as Sales Director Michael Breman explains, the case is similarly straightforward: “We are a bespoke yacht builder: this is our business model.” That said, however, even for these superyacht builders best known for their custom vessels, built to order, the option of building on speculation is still present. As Bas Nederpelt, Sales Director, explained, without going into details: “It has happened in the past to Feadship when the markets were less buoyant.” Notably too, Breman comments that, regarding speculation builds, “I’d rather not exclude this in the future, but it’s not planned in the short term.” 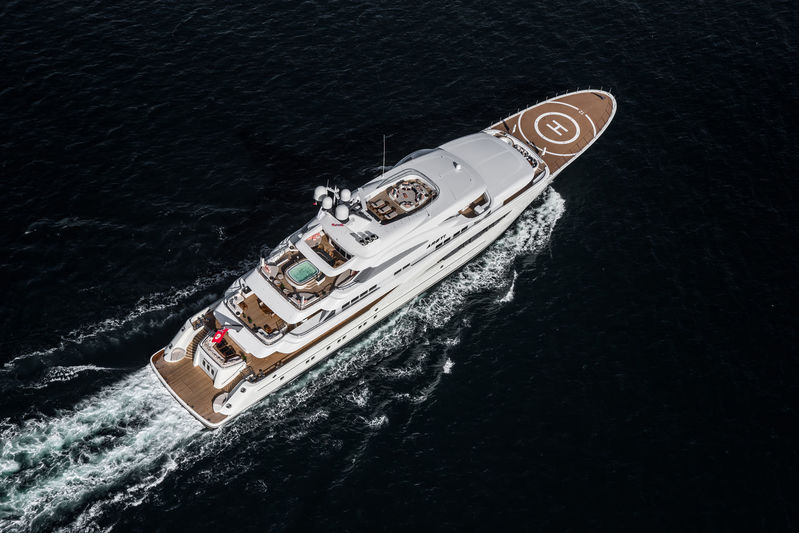 Photo: Tom van Oossanen / SuperYacht TimesAssessing Financial Risk
As might be expected, the shipyards were divided on the question of whether building to order or on speculation might present more of a financial risk. Heesen follows a mixed model of building both to order and on speculation, and as the yard’s Director of Sales and Marketing, Mark Cavendish explains: “On the one hand, with building on speculation, you’ve got the financial risk of having a lot of money invested in boats that are unsold, but if you didn’t do that, there is an argument that you wouldn't have anything to sell and you wouldn’t have any business.” He continued, “For us, the risk of stopping the programme is bigger than continuing with it, so building speculation yachts can, therefore, be seen as a lower risk.”

On the other hand, Lürssen’s Breman explains how building to order can also pose less of a risk for the yard, “because if you build on speculation you are applying funds of your own, bank or otherwise, for the manufacture of a unit, so you run a commercial risk. If the boat does not sell, you just have something to put in the garden.” As Breman explains, cost calculations are key for building to order. “That’s the whole point in covering the risk when building to order - estimating what the cost is going to be of the boat you’re going to build, and that is based on experience.”

For Benetti’s General Manager, Christos Ramnialis, the shipyard’s mixed model helps to minimise any potential risks. As he explains, “Market demand is crucial but unpredictable. A shipyard benefits from consistency and continuity in production, in order to give the necessary workload to our subcontractors and partners and to safeguard our resources and know-how. This approach allows us to maximise our opportunities whilst maintaining efficiency and quality. Benetti builds to service the entire market, and when we have the production capacity, we will  even build steel and aluminium yachts on speculation.” 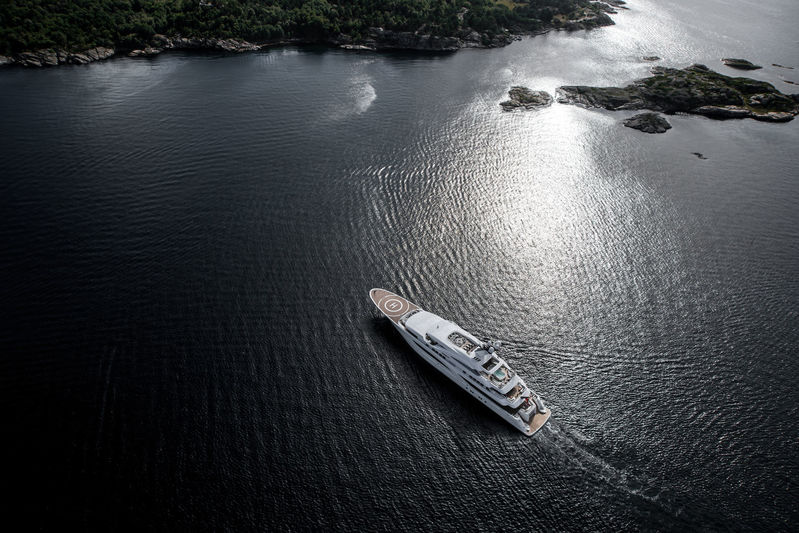 Photo: Tom van Oossanen / SuperYacht Times
Finding the Money
And then there is the funding. How these superyacht builders actually finance these speculation builds is a difficult question to get to grips with. Although financially strong shipyards can finance or lend money to invest in speculation projects for themselves, in some cases, the shipyard might not be able to afford to start a yacht on speculation, relying on an investor to do this instead. When asked, the shipyards were unsurprisingly tight-lipped in their responses to this question, with Ramnialis commenting that: “We look at all the funding options available and choose whatever is best for the project and for Benetti for that specific build,” and Heesen and Sunseeker explaining only that they finance the builds themselves, without going into details.

Pedigree: Which is Better?
And finally, what about the perception that boats built to order boast a greater pedigree than those built on speculation? As Breman sees it, “there is an element of truth in the fact that something that is specifically made for one individual has a higher perceived value, both emotionally and also monetarily.” For Cavendish though, pedigree can also be sourced elsewhere: “Generally, I would say that bespoke boats are more expensive. They’re unique: an owner’s reflection on what he wants, whereas speculation builds are essentially the same structure with different interiors. As for the perception of pedigree, when you buy one of our 55-metre boats you get Bannenberg & Rowell interior and Heesen build: I would say that’s pretty good pedigree in the yachting industry.” With that in mind, despite the higher pedigree which is generally associated with boats built to order, as ever, it all comes down to the perceptions and tastes of the individual owner.