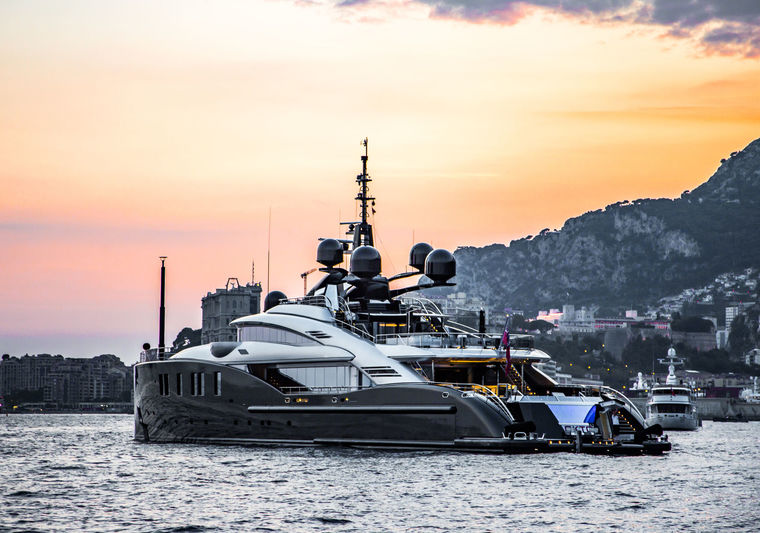 The 65-metre Okto was delivered in 2014 to an experienced owner as ISA Yacht’s flagship. Her unmistakable Andrea Villacelli exterior design is inspired by the automotive world with sleek and sensual lines hiding the yacht’s 65-metre volume. The yacht’s lavish interior was designed by Alberto Pinto. Some on-deck highlights include a touch and go helicopter pad on the foredeck, a gym on the upper deck, glass-sided swimming pool on the aft deck, and a second, smaller Jacuzzi on the sun deck. She was captured this week as the sun set over Monaco after another day at the yacht show.