When a yacht reaches a certain age, one normally expects the vessel either to be restored in order to extend its working life or to be dismantled when the costs involved mean that it is uneconomical to keep it in service.

In this issue, as part of our history series from SuperYacht Times’ revered in-house yacht historian, Malcolm Wood, we turn our attention to a superyacht that was once hailed as “America’s Most Beautiful Yacht“ when it was new but which would turn out to have a somewhat chequered history. 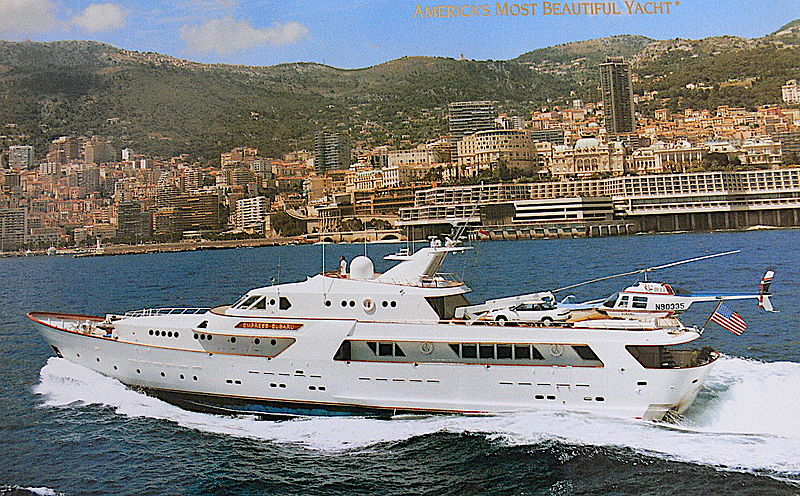 The yacht in question was best known in the luxury yacht market as the Empress Subaru. Originally laid down as Project Genros, she was completed in 1979 as the New Santa Maria by the prominent yacht builder CRN (hull no. 071) at their yard in Ancona, Italy. This superyacht was the largest to emerge from the yard since it was founded in 1963.

Initially owned by CRN’s main investor Gianni Accardo, this outstanding example of Italian design and style soon attracted a buyer from the USA who was searching for a new superyacht in order to enter the top end of the private charter market.

This buyer was Robert T. Butler, the chairman of Subaru Distributors Corp. of Orangeburg, New York - the importers of the Japanese car manufacturer. The yacht was henceforth renamed Empress Subaru. He commissioned the American designer Susan Puleo to provide a luxurious interior that would attract wealthy charter clients. 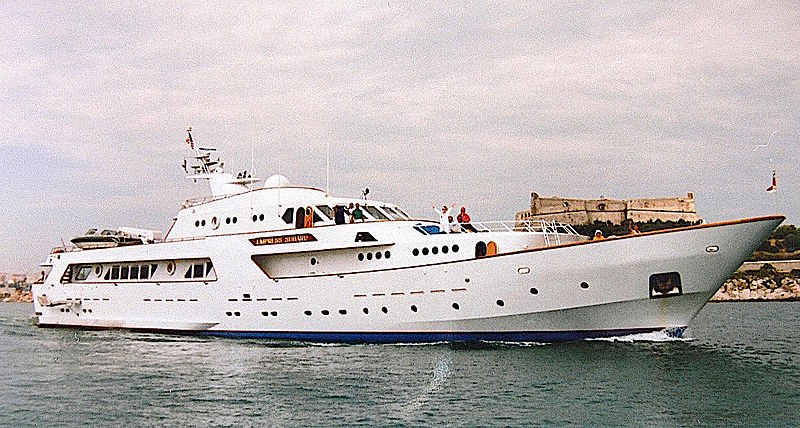 The main specifications of the yacht were as follows: Designed in-house by CRN, her construction was a steel hull, aluminium superstructure and teak decks. The overall length was 46.88 metres, with a beam of 7.74 metres and a draught of 3.2 metres. She was built to LR class with a gross tonnage of 420. Power came from twin 16 cylinder MTU diesels with a total power output of 4,270hp, providing a maximum speed of 16 knots and a cruising speed of 12 knots.

Twelve guests were accommodated on board, as well as a captain and nine crew members. At one time, the interior of the Empress Subaru also carried a Subaru XT Coupe on the boat deck in addition to the Bell Jet Ranger helicopter. Empress Subaru exemplified the unmistakable modern style of the CRN motor yachts of that period.

The yacht was successfully chartered through her owner and leading brokers at the time, including John G. Alden of Fort Lauderdale. 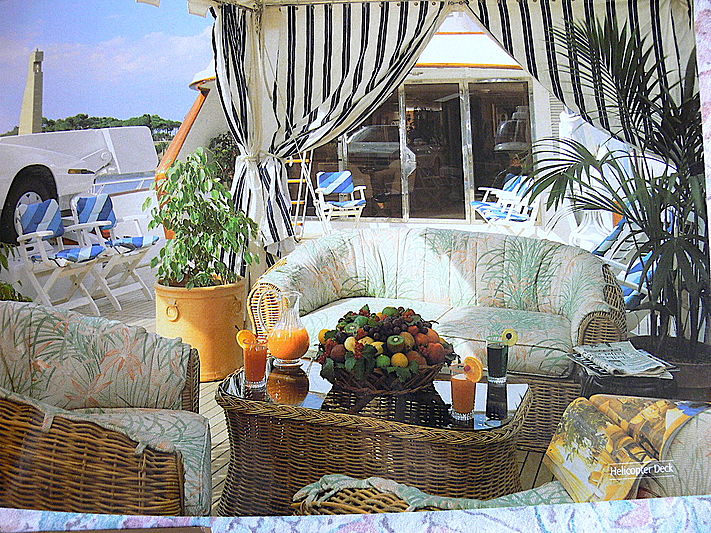 The yacht was offered for sale in 1988 for an asking price of $7.9 million and was soon acquired by a Greek shipowner who renamed the yacht Princess of Adriatic.

By the mid-1990s, the yacht had disappeared from view and a reward was offered for the discovery of her whereabouts. The owner had apparently run into financial difficulties and had deliberately hidden the yacht from its usual home waters to avoid seizure. Princess of Adriatic was eventually found in Romanian waters under the name Venus.

The yacht was sold in the late 1990s to a Middle Eastern owner who then commissioned Albwardy Marine of Dubai, UAE to carry out an extensive redesign and rebuild of his yacht, which was now called The Pearl, that commenced in 1999 and would last until 2002. Birgit Schnaase undertook a redesign of the interior.

The redesign included extending her by five metres and updating the lines of the superstructure more in keeping with yachts of the 21st century. On completion of this work, the yacht emerged from the yard as Silver Swan.

Unfortunately, however, all of that work went to waste when the Silver Swan was reported burnt and sunk in Dubai in 2002. This was a sad end to the ‘Empress’ of the seas in what could have been a true representation of CRN’s yacht-building expertise.