To celebrate the 20th anniversary of Nauta Yachts, Nauta Design, well known for yachts like the Southern Wind 100 and 110 series, shaped a concept for a 44 metre sailing yacht with modern, smooth lines. The project was sent out to a select number of clients and the approach worked. Soon after the drawings were released, a client asked the design team of Nauta Design to create a 105ft concept, named Streamline, based on the same lines of the 44 metre sailing yacht. 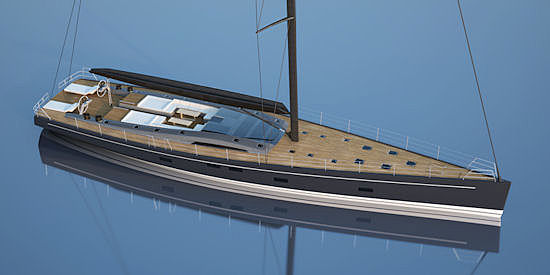 The deckhouse of the Streamline 105 is styled as a “wave”, which smoothly flows from the helm stations to the mast. The roof is thought as a main glass rounded wedge, laterally covered by non transparent composite stripes starting as coamings aft, then becoming the roof sides, housing the “eagle’s eye” windows. 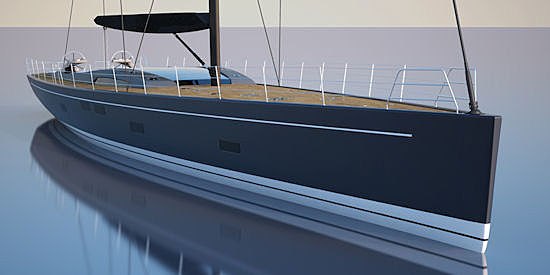 Several structural alternatives have been investigated for the glass surface support and finally a transversal structure solution was preferred for its visual neatness under deck. 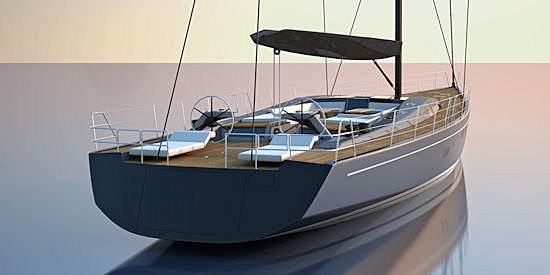 From a functional point of view the new deck geometries are developed on the same sole level from the aft cockpit to the main companionway, still maintaining a huge outdoor living area typically composed by the formal dining and the lounging/sunbathing area aft.