The Superyacht Cup Antigua, now in its 4th year, has confirmed new post-Christmas dates with the Antigua and Barbuda National Parks Authority. The regatta will this season be staged from January 27th- 30th, 2010.

For the past three years the event has been held immediately following the Antigua Yacht Charter Show in December but being so early in the Caribbean season, several yachts have not been able to make it to Antigua in time. The Caribbean version of the famous Palma event has been really well received and has become very popular with the big yachts; by moving to the end of January, the regatta will fit in better with more yachts’ cruising plans and thereby enable much greater numbers of owners to participate. The RORC Caribbean 600 race, a 605 mile race around the leeward islands starting from Antigua on February 22nd, will also be a draw to many racing yachts and add yet more focus to Antigua as the yachting centre of the Caribbean. 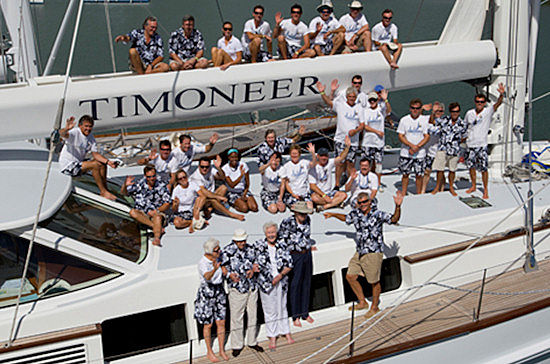 Following the huge success of The Horus Superyacht Cup in Palma in June 2009 where the owners and crews of 18 yachts reveled in the new venue and the new format, several yachts new to the event are expected to head across the Atlantic to take part in the Antigua version. Currently 12 boats have expressed a strong interest, including the Frers-designed 42m Rebecca and the 24m W-class yachts, White Horses and Wild Horses, as well as the 38m Briand-designed Perini Navi, P2.

As in previous years, the boats will be moored in the stunning setting of Nelson’s Dockyard where all the social functions will take place after the racing. Added to the programme this year will be a ‘Pirates of the Caribbean Party’ on the second night and an option to join the ‘Yacht Hop’ – an open-boat style party on the third night.

The ‘Bucket Rating’ system, which was introduced for the Superyacht Cup Antigua in 2008 and is used by St Barth’s and Newport Bucket regattas, will once again be used and expertly managed by Jim Teeters. The racing will be as exciting as ever and the parties always great fun, so we look forward to seeing you at the end of January 2010!