Day 1 of The Superyacht Cup Palma 2010 dawned clear, bright and ominously still. Nevertheless, the diverse fleet, which features this year many yachts familiar to superyacht racing fans, representing yacht builders worldwide, including Holland Yachtbouw Shamoun, Fitzroy’s Salperton IV, Royal Huisman Gliss, Wally Saudade, and of course, the unmistakable Maltese Falcon, built by Perini Navi, joined by her baby sister, P2, left the port before mid-day, hoping for the usual daily afternoon breeze to kick in. Yet in the end, the Wind Gods did not disappoint, so with only a short delay, the racing kicked off at 13:30, as Drumfire led the fleet with a clean start. 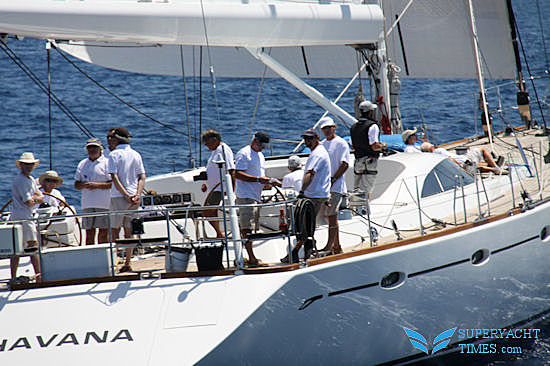 It was a long day on the course, with all of the yachts bringing home their tired sailors long after cocktail hour should have started, yet once again, Jim Teeters proved he’s at the top of his personal game, with finishes for the fleet of 21 yachts coming in within only a sixty-three minute gap. The race was called by SYC’s newest star, the well-known American sailor Peter Craig, who took to the airwaves as professional Race Officer, having participated in the SYC 2007 onboard Meteor. 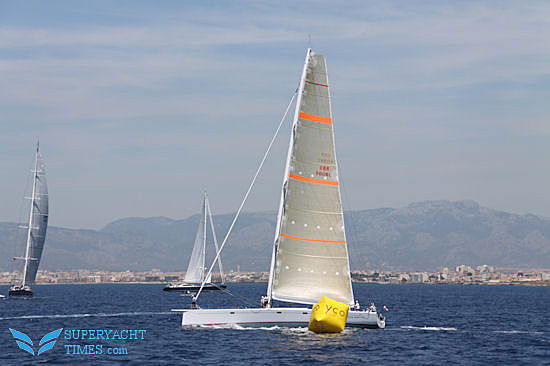 The story of the day was Castro designed, Jongert built Scorpione dei Mari, a veteran of many large yacht races worldwide, whose expert crew onboard cumulatively boasted a phenomenal fifty Superyacht Cup races. Proving that experience does apparently count, Scorpione bit into her first ever race win, coming in a few minutes ahead of Anny, and taking First Place in both Cruising Class as well as the top spot overall. Her elated owners Kim and Shirley Schindelhayer commented that for him, “it finally all came out right!” 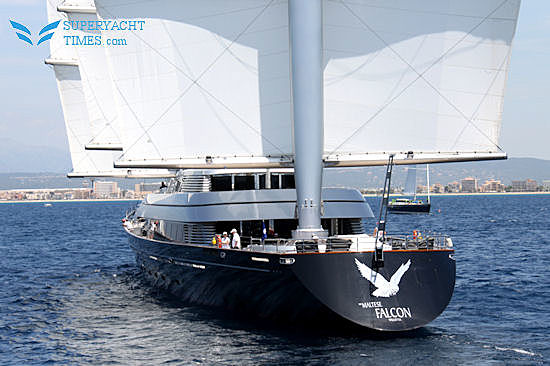 The entire crew of Scorpione dei Mari, clad in their distinctive acid-green shirts augmented by a variety of Cowboy and Indian paraphernalia, joined the large group of fellow Superyacht Cup racers, sponsors and press to celebrate long into the night with The Yacht Report Group and MTN Satellite Communications sponsored Western-themed barbecue, which was enjoyed by one and all. Once again, the newest location of the SYC Palma proved a roaring success, as cowboys and cowgirls, sherrifs and indians danced up a storm under the tent, illuminated by bright moonlight. 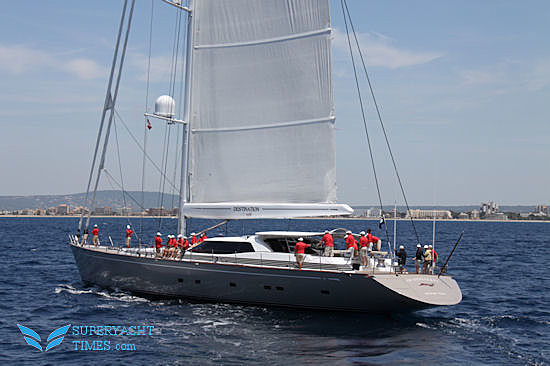