The second edition of the SuperYacht Times newspaper is making waves around the globe, being read by industry professionals, owners and superyacht enthusiasts worldwide. Based in Amsterdam, the Netherlands, SuperYacht Times has been well received all across Europe as well as many prestigious superyachting destinations a little less closer to home, including Miami, Cancun, Dubai and Abu Dhabi. 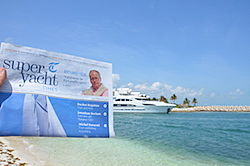 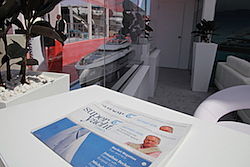 The Winter/Spring issue is packed with only the most relevant, unique and interesting articles and features. 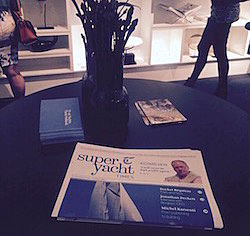 Following the unprecedented success of the inaugural edition published towards the end of 2014, the latest edition includes an additional eight pages of content, building upon the range of high calibre articles.

Key features in this issue include a compelling interview with Michael Karsenti, who left the world of publishing to be more actively involved with the construction of superyachts, a closer look at the rise of OCEAN Independence, and an interesting review of shipbuilding in Turkey following a visit to several of the country’s biggest - and smallest - shipyards from the SuperYacht Times’ team last year.

The SuperYacht Times newspaper will be released 4 times a year.

The next issue will be unveiled at the Singapore Yacht Show, and will contain articles about the rise of The Italian Sea Group, an interview with Martin Francis, and an interview with the owner of superyacht Gravitas.

Subscribe now to ensure you never miss an issue.