We take a closer look at the ten largest superyachts ever built in the Netherlands, with the largest being 99 metres long. Only three yards make up for the top 10 (or we should say top 12, because there are two yachts in the list with the same length). Oceanco takes the lead, with 6 of their yachts making their way into the Top 10, followed by Feadship with 4 deliveries. Royal Huisman's Athena is the only sailing yacht in the list. 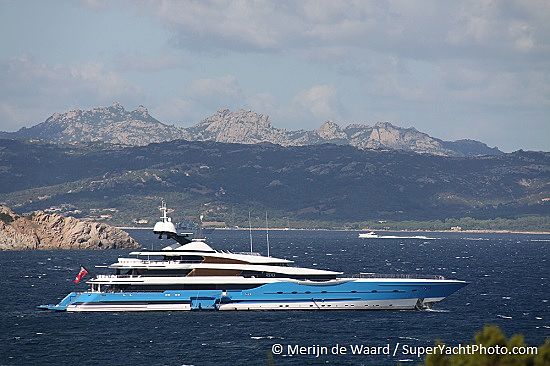 The 99-metre masterpieceMadame Gu was created by the Feadship yard in Makkum and is also the largest superyacht ever built in the Netherlands. More than four years in the making, Madame Guwas launched in 2013. Madame Gu will not be the largest Feadship for long. One of the Feadship yards, Royal van Lent, is now building a 101.5 metre superyacht. Oceanco is building two even larger yachts in Holland, a 110 metre motoryacht, and a 106 metre sailing yacht. 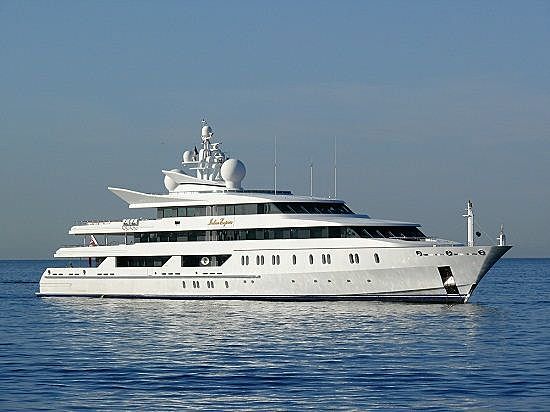 Indian Empress is a 95 metre Oceanco, built in 2000 to a design of The A Group. She was launched asAl Mirqab, one of the yachts owned by the Qatar royal family. In her days asAl Mirqab, she remained a highly private yacht. These days,Indian Empress is in the hands of an Indian owner, who made theyacht available for charter. She is regularly seenat Formula 1 events, which is no surprise, since her owner owns the Sahara Force India Formula One Team. The yacht is,powered by triple engines, each delivers a stunning 10.000 hp, which provide a cruising speed of 17 knots. 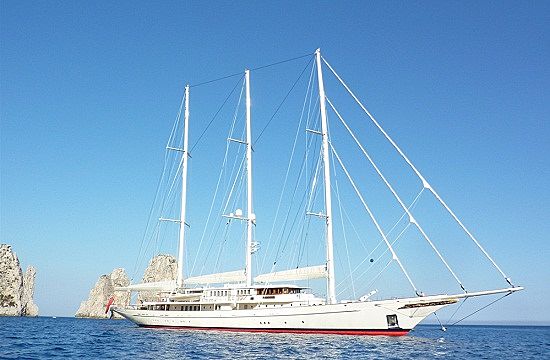 The 90 metre super sailing yachtAthena,the second largest sailing superyacht in the world today,was built by the Dutch Royal Huisman shipyard in 2004. The superyacht’s exterior lines were designed by Pieter Beeldsnijder Design, with naval architecture by Dykstra & Partners and an interior by Rebecca Bradley Interior Design.Athena is one of the largest sailing yachts launched since the 1930’s, andreaching speeds up to 19 knots,Athena can outrun most other sailing superyachts. 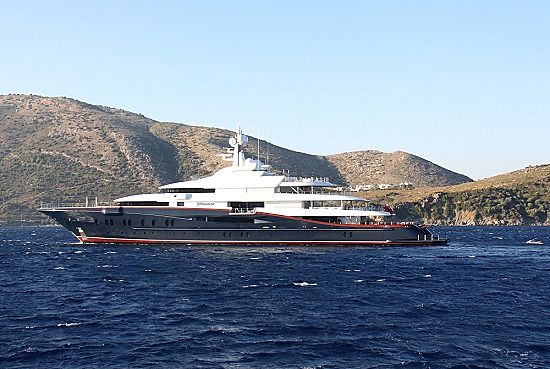 At 88.5 metres LOA,Nirvanais one the largest in a spectacular line of superyachts built by esteemed Dutch shipyard Oceanco. Designed to perfection by Sam Sorgiovanni,Nirvanacombines extraordinarily voluminous interiors with extensively spacious deck spaces. She features a vast aft deck complete with 7.5 metre counterflow pool and a large sunbed aft. The floor of the pool rises to create a huge deck for entertaining while forward in the main salon is a bar and exotic reptile house. SuperyachtNirvanais for sale with Edmiston and has an asking price of € 230,000,000. 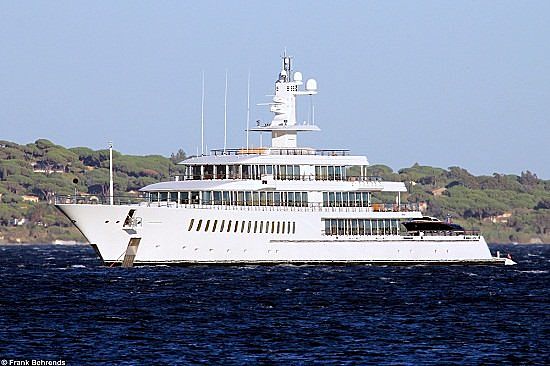 Musashi was built for an experienced yachtsman who previously ownedRising Sun, the 138 metre Lürssen. You can cleraly see elements of that much larger yacht inMusashi.Inside, interior designer Sinot combined comfort with optimal user-friendliness, and combined the refined lines from Japanese Design with elements from Art Deco.Musashi was featured as ourSuperyacht of the Week. 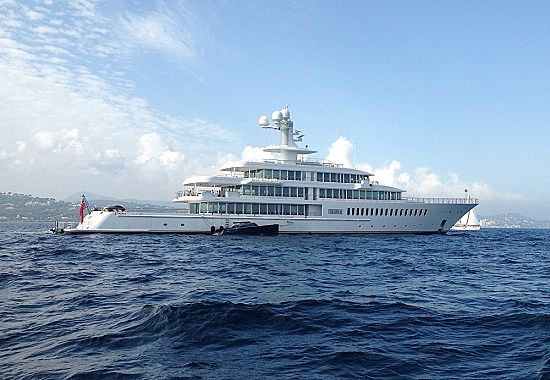 Fountainhead was delivered in 2011 by Feadship. She isdesigned by De Voogt Naval Architects and she features an interior by Sinot Yacht Design and Axel Vervoordt.Fountainhead is a near sistership toMusashi, andfor a while theywere the largest Feadships ever launched. 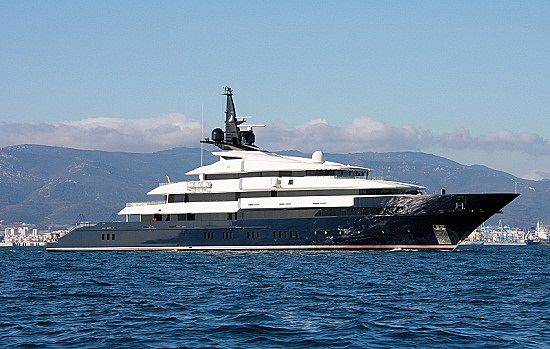 The 85.47 metre superyachtSeven Seas was delivered by the Dutch Oceanco shipyard in November 2010and was designed by Nuvolari & Lenard with naval architecture by Azure Naval Architects. One of her features ina trademark Oceanco swimming pool on her aft deck that can be conveniently transformed into a helipad. 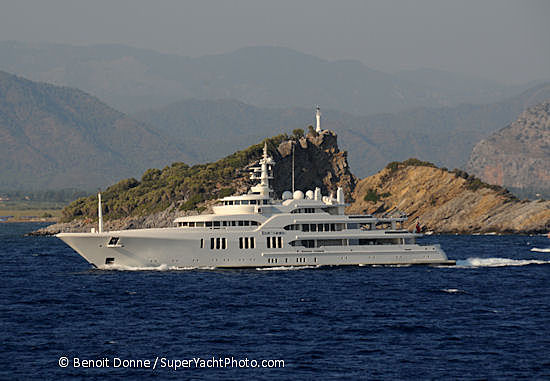 At the time of her launch, in 2004,Esctasearepresented a number of major milestones in the evolution of the superyacht industry. Powered by four MTU engines, the yacht reaches speeds up to 30 knots, making her one of the fastest superyacht in the Top 100 Largest Yachts. 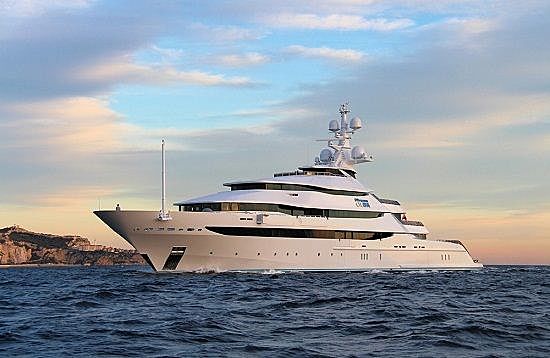 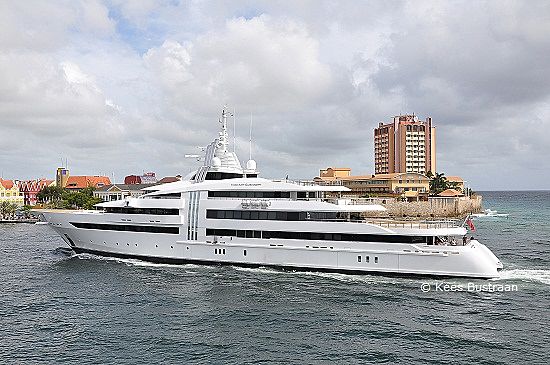 Vibrant Curiosity (project Y704) is the third project for Oceanco with superyacht designers, Nuvolari & Lenard, who designed the exterior and interior styling of the yacht. Naval architecture was provided by the in-house team Oceanco in co-operation with Azure Naval Architects. This85m superyachtis powered by twin 4,680 HP MTU diesel engines which provide her with a top speed of 18.5 knots. The yacht features environmentally-conscious features such as a sea monitoring system that is an integral part of Oceanco’s philosophy of constantly exceeding current industry initiatives and trends. 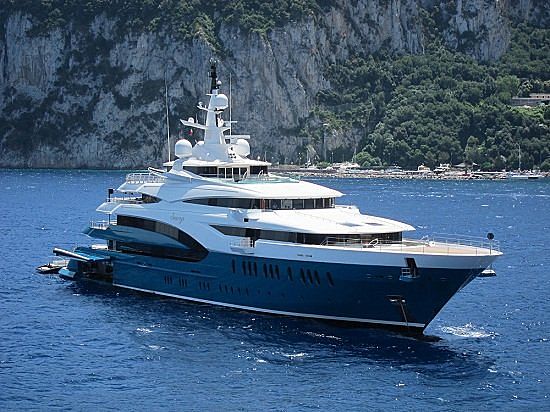 SuperyachtSunrays was delivered by Oceanco in 2010, and wasdesigned by the late Bjorn Johansson.Sunrays,hull Y705,has twin 3,492kW MTU 16V 595 TE 70 engines and can achieve a maximum speed of 20 knots. She is exceptionally spacious with accommodation for 16 guests, in aninterior designed by Terence Disdale Design.