This year has seen an interesting mix of new designs being unveiled to entice the industry’s interest and at the same time to show what is technically possible in today’s superyacht design field. The following is a selection of some of the most exciting superyacht designs we have seen this past year. 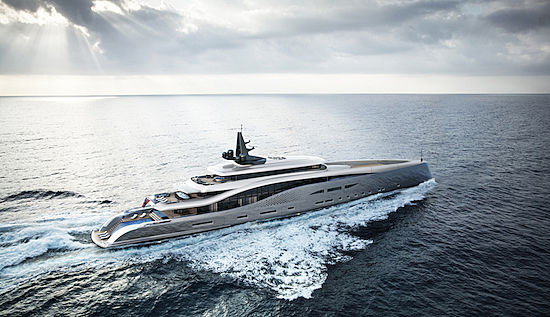 During the 2015 Dubai International Boat Show Oceanco revealed their 107 metresuperyacht concept, named Stiletto. Her naval architecture was done in house in collaboration with BMT, whilst Ken Freivokh is responsible for both her interior and exterior design. One of her most notable and different interior features in a two storey salon which six metres of headroom in total. The top storey of the area features a mezzanine balcony, offering guests spectacular panoramic views. Read the full article here. 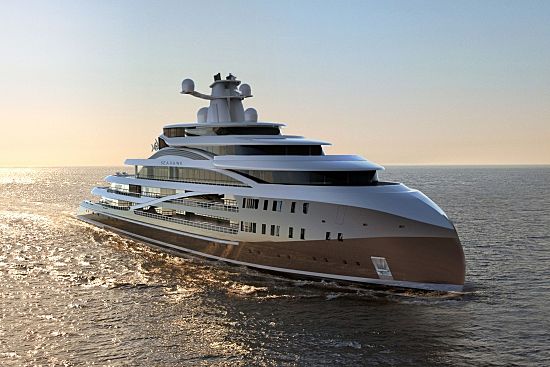 Fronted by Captain Matthias Bosse, Hawk Yachts is a new company that has focused on creating the ultimate range of true explorer yachts, their inaugural project is the 103 metresSea Hawk. Boasting a Polar Ice Class 6 classification, amongst her notable key features include an impressive range of 12,000 nm, over three months’ storage capacity, oversized propellers and machinery made to withstand ice interaction and floating debris, and diesel electric propulsion - as well as electric only propulsion for low speed and use in more sensitive areas. ClearlySea Hawkis a superyacht intended to reach the most remote and inaccessible areas of the world’s oceans. More information here. 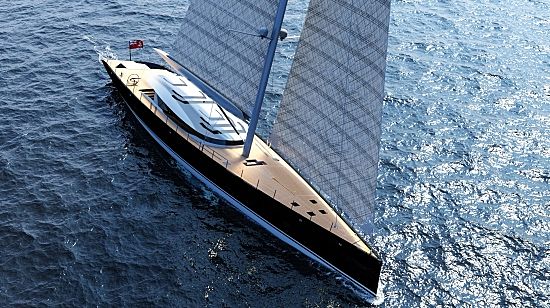 The Italian design duo of Marco Ferrari & Alberto Franchi released a new design concept this year of a high performance 50 metre sailing yacht. The 50m sloop boasts a waterline length of 45 metres due to the use of an innovative slight reverse bow, extending the yachts reaching capabilities during upwind sailing. The yacht features a modern exterior with a futuristic wheelhouse constructed using aluminium and a large amount of glass. The wheelhouse deckhead houses large skylights that allow for natural light to illuminate the interior salon.More renderings here.

A 115m concept by Mulder Design 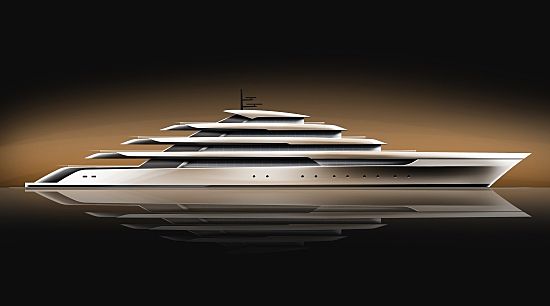 During this year’s edition of the Monaco Yacht Show, Dutch design studio Mulder Design unveiled their latest project, a 115m concept. Mulder wanted to create an elegant yacht that would still exude a powerful and dynamic profile. Two key elements were identified at the start of the project which Mulder believes that today’s discerning owners would appreciate. The first is a helicopter landing pad on the foredeck, served by a hangar where it can be stowed in the deck below. Read the full report here. 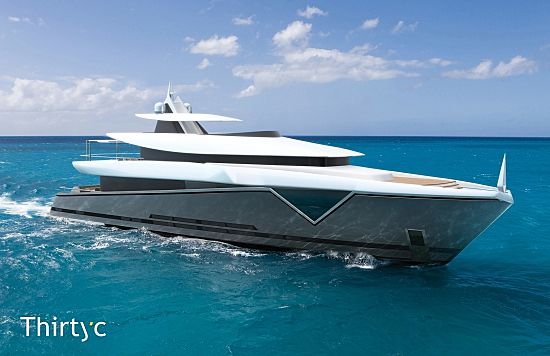 British design studio ThirtyC Design decided on 2015 to unveil their latest project, a 50 metre motor yacht called Mako. The studio teamed up with Baldwin Harris, who created the interior, to design a yacht with a dramatic exterior utilising large areas of glass that has been blended with contemporary entertaining spaces and a relaxed interior. All is revealed here. 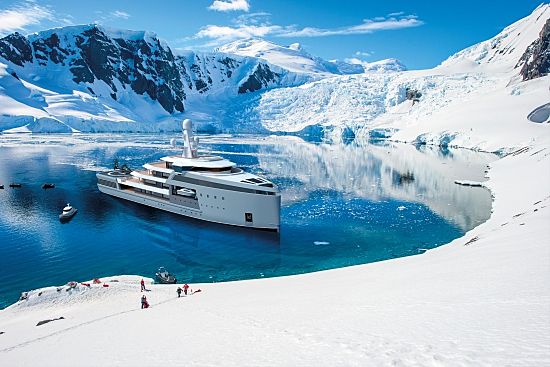 Developed by Dutch shipbuilder Damen, The SeaXplorer is a purpose built, Polar Code compliant range of three expedition yachts that will be built from 60 to 100 metres. The SeaXplorer features exterior lines from Azure Yacht Design and Naval Architecture, with the Owner being free to choose the interior designer. The three models in the range will be able to enjoy 40 days of autonomous cruising in some of the world’s most remote areas. Explore the series by clicking here. 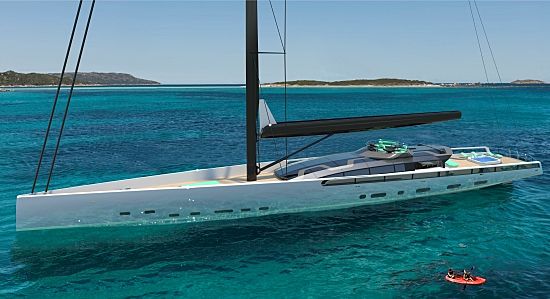 Designer Tony Castro unveiled details about his latest project, a 62 metre luxury performance sloop. The sailing yacht will offer the largest possible guest areas on board while remaining under the 500GT mark. The yacht will be able to accommodate up to 12 guests across 5 guest cabins and a master suite, including space for her company of 10 crew members. Read Castro’s insight into the design here. Learn more here. 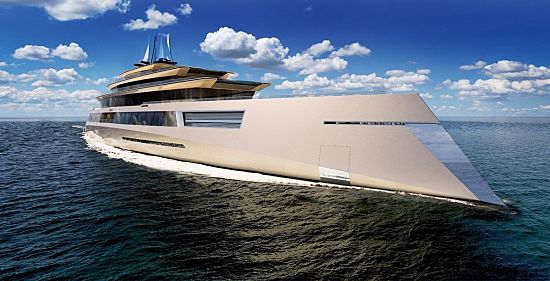 Dutch design studio Sinot Exclusive Yacht Design recently revealed their latest creation, the 180m concept Symmetry. The design is a bi-directional superyacht concept that has been designed from the centre outward, resulting in a balanced and symmetrical appearance, that allows for increased maneuverability and safer tender transfer operations, thanks to a beach club located midships. The distinctness of Sander Sinot’s design allows for a unique guest accommodation layout, one that has a capacity of carrying up to 34 guests in ultimate style and luxury. Read the full article here. 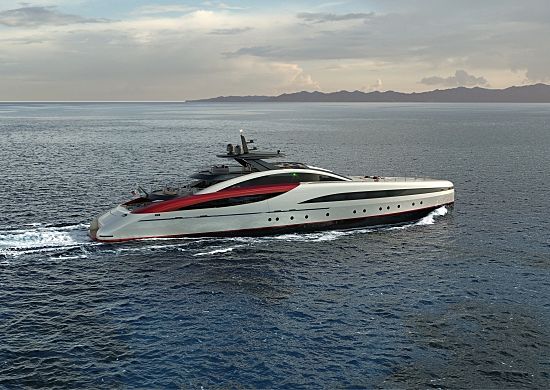 As part of their new M series Mondomarine have unveiled renderings of the M60; a sport yacht developed with a new high-performance hull that is set to deliver performance level cruising with ocean-going stability. Designed by Luiz de Basto, the yacht will have a sloping multi-level exterior with high freeboard that in turn creates a large interior volume. The M60 will continue the line’s construction methods of using a lightweight alloy for the hull and superstructure. More information here. 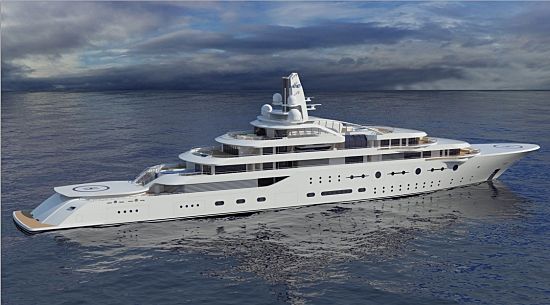 Yachtzoorevealed the 135 metre projectAtomwhich was developed in conjunction with The A Group and Fincantieri Yachts. Her four vast exterior decks accounts to a total of 2200m2 and she is capable of reaching a top speed of 18 knots through her two Azipods. Fincantieri and the A Grouphave spent the past six months designing and pre-engineering projectAtomand are therefore ready to move ahead with the project immediately. Atom features 2 helicopter-landing areas, a garage, which houses 2 x 12 meter limo-tenders as well as a submarine launching facility. All is revealed here.