Les Voiles de Saint-Tropez is as fine a display of traditional values as one could desire. The classic yachts present are reminiscent of a museum piece; the row of varnished spars and white hulls moored to the harbour wall offering a glimpse into yesteryear. It is the human element that marks this display apart, that prevents it being as wooden as the masts. At Les Voiles it brings the tradition to life; particularly today as racing commenced for the older portion of the fleet, including those competing for the Rolex Trophy. 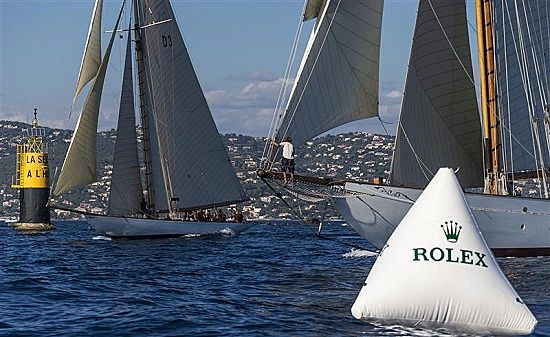 The Tradition division took to the Bay of Saint-Tropez spurred on by a breeze that promised much at midday when the first signal sounded, but proved more troublesome: building, dying and shifting throughout the time it took the competitors to complete the 12 nautical mile course around the Bay under a clear blue sky. 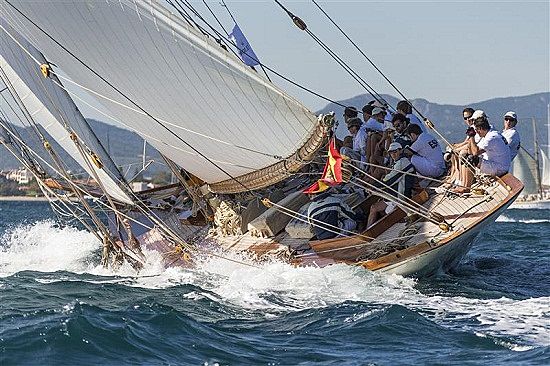 Within the yachts vying for Rolex Trophy there are a myriad of stories. The four15 Metre Rule yachts provide the perfect example of the importance of tradition within the assembled fleet. Built to the International Rule at the beginning of the twentieth century, "Metre" does not refer to the length, but to rating; Mariska (launched1908), Hispania (1909), Tuiga (1909), and Lady Anne (1912) actually measure almost 30 metres (98 ft) in overall length.

Andy Longarela is the skipper of Hispania, originally built for King Alfonso XIII of Spain. Hispania was one of some twenty 15 Metre yachts launched between 1907 and 1917, and the third of eight designed by William Fife III. According to Longarela: “She is the most noble boat I’ve ever sailed. She provides very deep sensations, completely different to the feelings on a modern boat. I have never forgotten my first impressions. You learn every day, discovering the possibilities of the boat.” 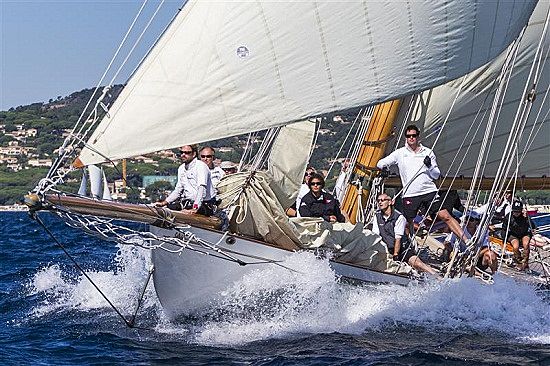 The details of Hispania’s chain of ownership appear lost to the confusion of European conflict in the mid-1900s. By a stroke of good fortune she was discovered in the early 1990s in the mud off the south coast of England by some resolute Spaniards intent on saving a piece of their yachting heritage. After a joint restoration by Fairlie in the UK and Asterilleros del Mallorca in Palma, Hispania was relaunched March 2011 by current owner Fundación Isla Ebusitana.

Finding crew willing to sail a beautiful yacht is easy. Finding crew that grasp the intricacies and, at the same time, value the heritage is harder: “It is important that people understand the boat and its traditions. You must learn how she works, and appreciate her age. You need to respect her.” 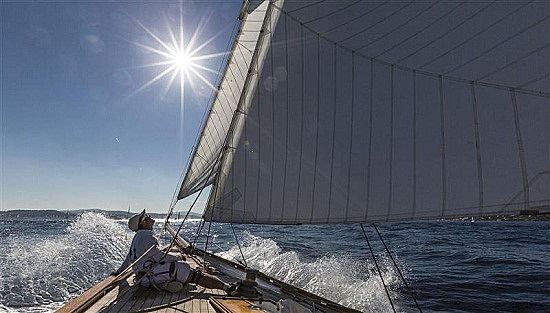 Respecting tradition is costly in financial terms and time. The materials in evidence do not benefit from advancements in ensuring longevity and ease of maintenance: ”It is a lot of work - we have two people working 8–12 hours everyday. On a modern boat a halyard may last around two years, on this boat it lasts three to four months because of stretch and wear.”

Original materials demand time-honoured techniques and practices: “We are organised like a traditional boat. We have a captain, and then we have the contramaestre (boatswain or mate) who knows everything about the boat. He controls the manoeuvres. The crew is organised into distinct teams – staysail, jib, jib-top and mainsail, for example. They work separately, and together as one. When everything works fine it is like a ballet.”

And here is where understanding of and respect for tradition becomes critical: “So much is by hand. You need to take time with manoeuvres and you need to be very careful. If not you can easily break the topmast or the boom. The upwind sail plan is almost 500m2, which is huge; to pull the mainsail into the middle you need seven people on the sheet.” 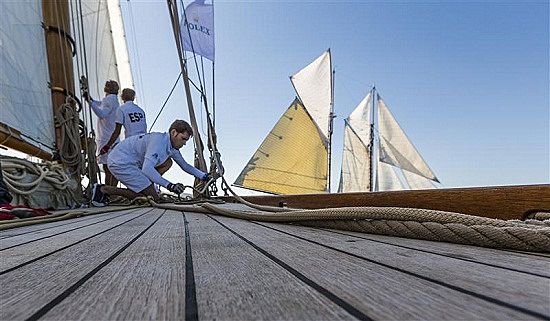 Pragmatism means that not all practices have remained traditional: “To hoist the mainsail we learnt to use the winch on the bow. The gaff weighs about 400 kilos. If we do it all by hand, the whole crew is dead. Although for the topsail jack-yard we still put twelve people on the mast.”

Longarela is confident that their effort to keep alive this heritage is worth it: “Spain is very proud of this boat. She is very important to the Spanish sailing community.” 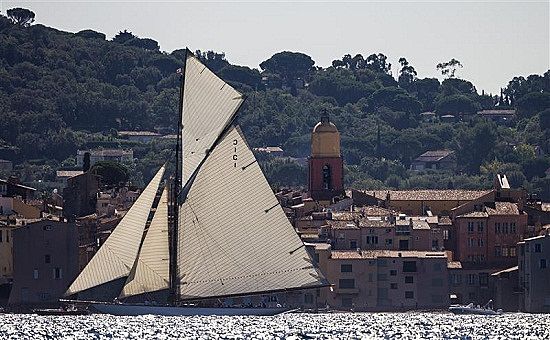 Hispania finished second today, behind Mariska, in the 15 Metre class – a sound enough start in her bid to claim the Rolex Trophy.

55 yachts are registered within the Tradition division for the Rolex Trophy, awarded to the best performing yacht over16 metres in length on deck.