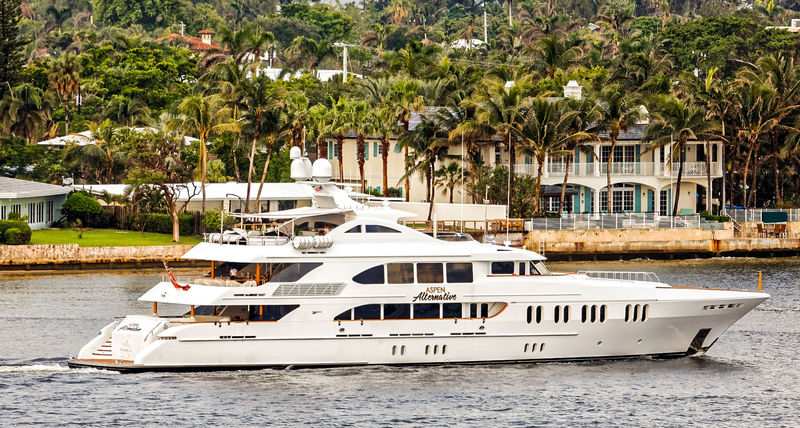 Built by Trinity Yachts in 2010, the 49.9-metre motor yacht Aspen Alternative was launched as Imagine and remained under the same ownership until 2015 when she was sold and renamed by her new American owner. Aspen Alternative was designed in-house by the Trinity team who worked together with Sylvie Charest on the styling of the interior. Inside she accommodates up to 10 guests in five luxurious cabins. Here she is seen cruising in the yachting capital of Fort Lauderdale in Florida, USA.