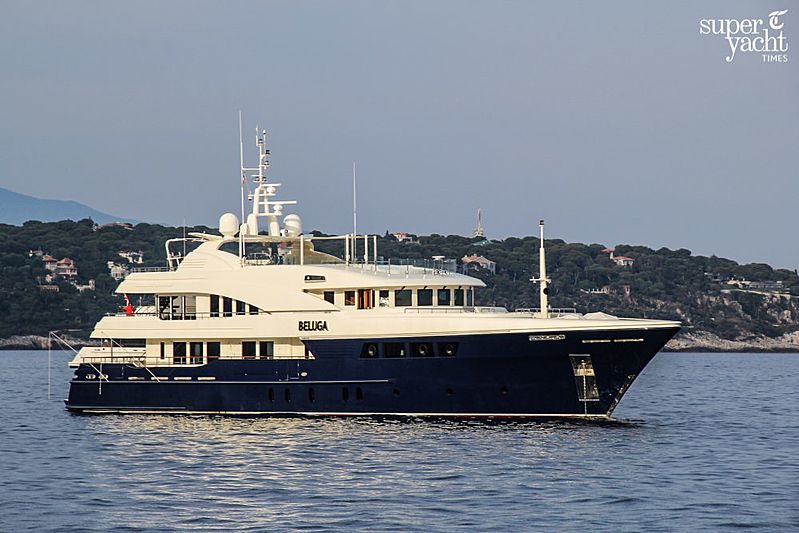 The 44.7 metre superyacht Beluga was launched at Russian shipyard Timmerman in 2013 to a design by Dutch studio Vripack. The yacht is the second unit of a pair of near identical yachts, the other being the 46.5 metre Latitude, launched as Alexandra in 2008.The yacht is designed for unlimited navigation, with an enforced allowing her to cruise through broken ice. Heat-capturing windows and a sophisticated on board climate system ensures that guests will feel comfortable at overboard temperatures ranging from –20 to +45 °С. Beluga is currently spending time cruising between the French and Italian Riviera’s.