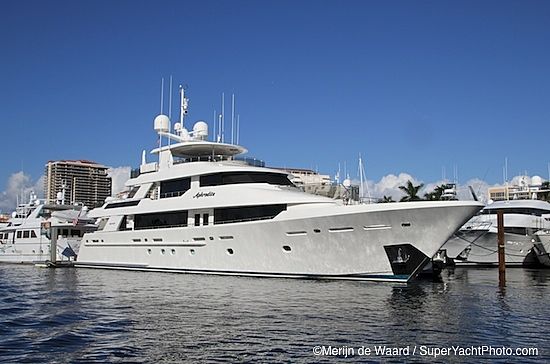 The Westport 130 Aphrodite in Fort Lauderdale

The Westport 130 Aphrodite, seen here in Fort Lauderdale last month, was the second yacht in their restyled 130 series, and she was launched by the US shipyard in 2010. Aphrodite accommodates 10 guests in five en-suite luxurious staterooms, and her crew’s quarters consist of four staterooms. Westport 130's are quite fast, Aphrodite has a top speed of 24 knots, and she cruises at a swift 20 knots. The yacht is currently listed for sale with Westport Yacht Sales, and she has an asking price of $ 15,495,000.