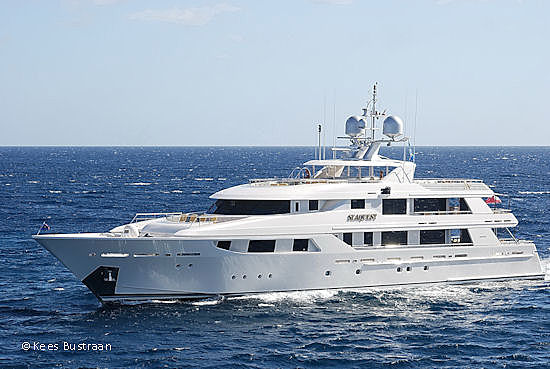 Seaquest arrives at the Port of Curaçao, Netherlands Antilles

Seaquest is a 49.71m Westport 164, launched in 2008. The Westport 164 is the largest of the series of superyachts being built at the Washington based shipyard. The advanced hull design of the Westport 164 is by renowned naval architect William Garden and styling by Donald Starkey. The 164 tri-deck accommodates twelve guests and a maximum of 13 crew.

The Westport Seaquest cruising up the St Lawrence River

Seaquest arrives at the Port Everglades