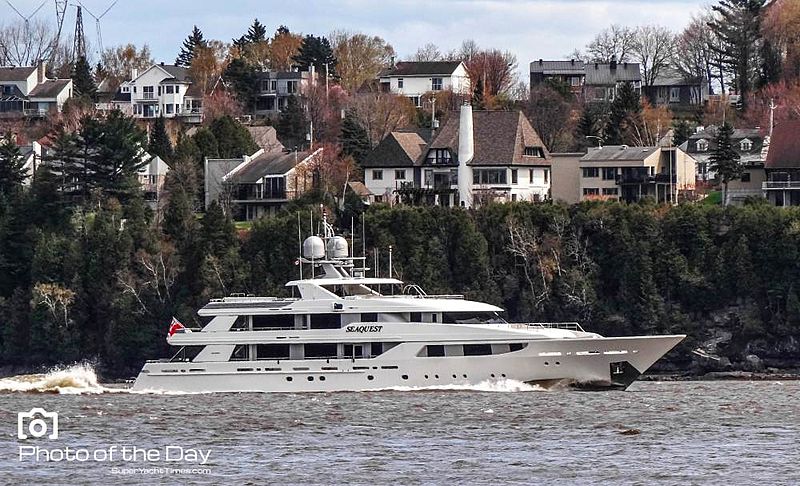 Currently in Québec, Canada, the 50-metre Westport superyacht Seaquest was seen earlier this week heading upstream on the Saint Lawrence River that separates the American state of New York and Canada’s Quebec province. Seaquest is one of Westport’s flagship models in its 164 class, and was launched in 2008. The advanced hull design of the Westport 164 is by renowned naval architect William Garden and styling by Donald Starkey.