The 39.62-metre superyacht Desperado, listed for sale by Burgess, has been sold, with Wes Sanford from Northrop & Johnson introducing the buyer. 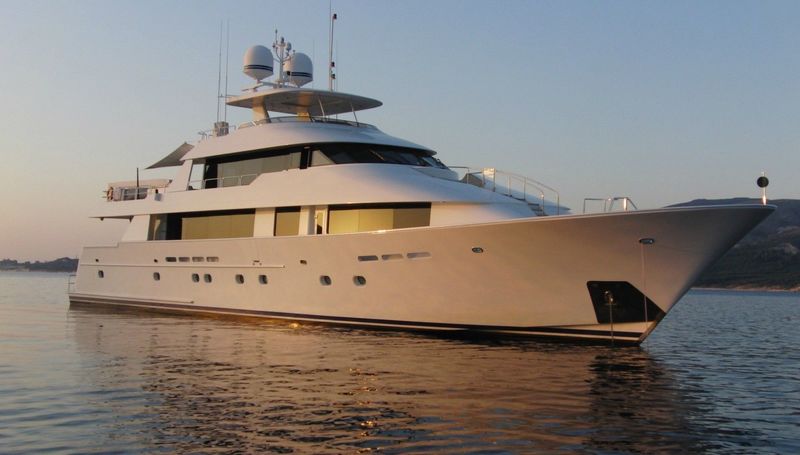 Desperado (ex: Trisara, My Colours and Infinity) was built in GRP by the American yard Westport using a design by William Garden and delivered in 2005.

A Westport 130 model, the 39.62-metre tri-deck yacht accommodates up to 10 guests across five ensuite staterooms - comprising a master suite, two VIP staterooms and a convertible twin - all of which come complete with entertainment centres. A crew of seven is also accommodated for on board.

Her skylounge provides easy access to the boat deck which offers al-fresco dining for her guests, an on-deck jacuzzi for up to eight people and convenient access also to the flybridge and aft deck via stairs.

Desperado also underwent an extensive upgrade in 2013 which included an all-new interior being fitted as well as the installation of new zero-speed stabilisers and a bow thruster. She also benefitted from audiovisual improvements and new HD televisions.

Twin 2,735hp MTU diesel engines give her a maximum speed of 28 knots and a cruising speed of 24 knots.