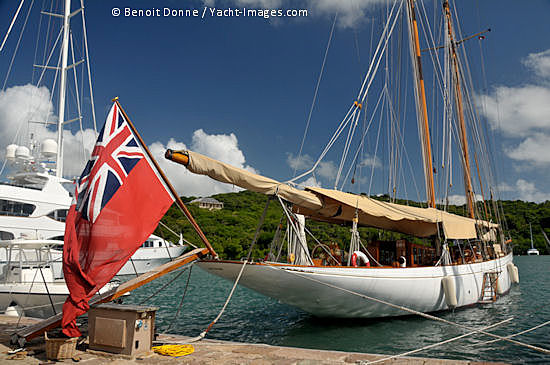 The William Fife designed gaff-rigged schooner Altair in Antigua on 27 December 2007. The 40 metre sailing yacht was built by William Fife & Sons in 1931 in Fairlie, UK and in 1987 she was restored by Southampton Yacht Services. Altair has had many owners in the past and these days she is owned by an American film maker.