Home > News > The winners of the World Superyacht Awards 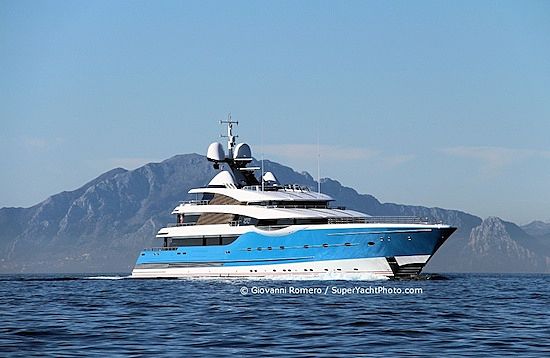 With an interior and exterior designed by Andrew Winch, Madame Gu is the largest yacht built in the Netherlands to date. Despite her length of 99 metres, she can reach 25 knots thanks to her quadruple 3,600kW MTU engines. Among the many features that earned her the Superyacht of the Year award were a fully enclosed helicopter hangar (first pioneered on the Feadship Ecstasea), fibreglass domes for the satcom/navigation gear, and an exceptionally elaborate interior. She also won the award for best Displacement Yacht over 2000GT.

Sailing Yacht of the Year: Inukshuk 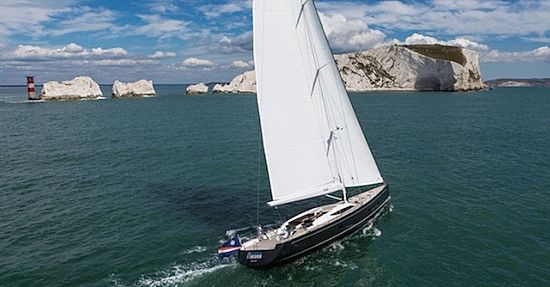 Inukshuk features naval architect and exterior design by German Frers and an interior by Adam Lay. She offers accommodation for up to 8 guests in four cabins, and has a crew of 5. The construction of the superyacht was managed by MCM. 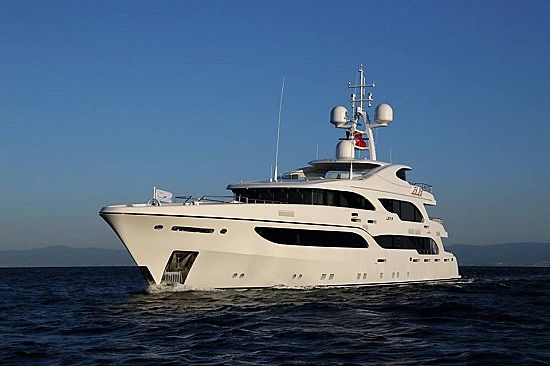 Ileria combines massive volume and a modern interior, featuring seven staterooms, including a full beam master on deck, two VIP suites and four guest staterooms. With a striking profile and expansive outside deck spaces with tenders and toys in a garage, Ileria is a serious full displacement yacht built to the very highest European standards. 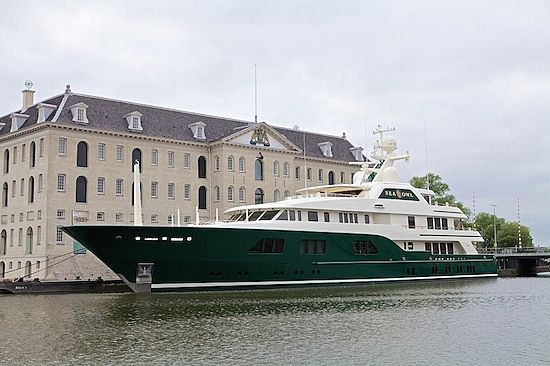 No word would describe Sea Owl better than that of her owner: “The talent and artistry that each of the craftsmen brought to this project has made the build an amazing experience for myself and my family. We chose Feadship because we wanted to create a boat that reflected our personality, to be intimately involved in the build process itself, and most of all to have fun. Another shipyard could have built a similar boat to Sea Owl but no other shipyard could have done so with such attention to detail, resourcefully tackling the obstacles that arise in a custom construction while at the same time making it a complete pleasure for us to participate. Craftsmanship shines through every detail of the finished product and Sea Owl is a jewel, the pinnacle of a shipbuilder’s talent that will be the envy of all and a beacon for others seeking perfection.” 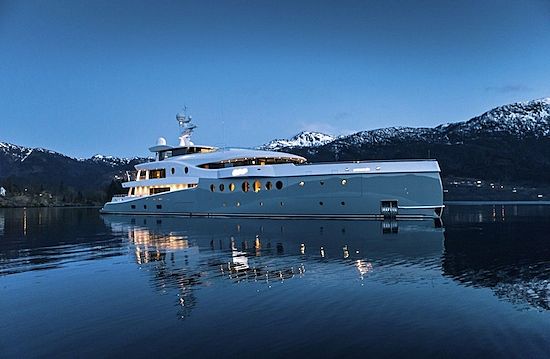 Event is the first hull of Amels 199 Limited Editions. “The Limited Editions philosophy is about building superior yachts that offer excellent value and good delivery times. Our clients know that when they order a Tim Heywood-designed Amels yacht, it will be beautiful, it will be delivered on time, function perfectly, while still offering ample opportunity for customisation. “, said Rob Luijendijk – managing director of Amels. 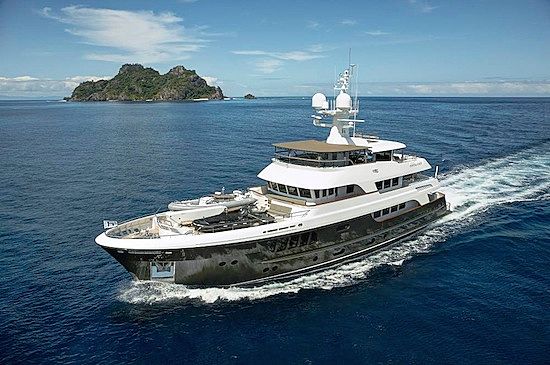 Built by Alloy Yachts in 2013, CaryAli is an elegant yet tough explorer vessel just over 39 metres long. With exterior and naval architecture by René van der Velden, and classic interiors designed by Lynne Grossman Interiors, Redman Whiteley Dixon and Alloy Yachts, CaryAli was designed for experienced owners that, over the course of an impressive yachting life spanning over 35 years, have a crystal clear idea of what they want. With her great style, spacious areas, ample luxury and a wonderful sense of comfort, CaryAli is a perfect superyacht for any destination, from exotic island to adventurous Nordic areas, and anything in between. Offering ample of fun, relaxation and luxury, she will undoubtedly pamper her every guest in the years to come, presenting them with the highest standards of comfort and style. 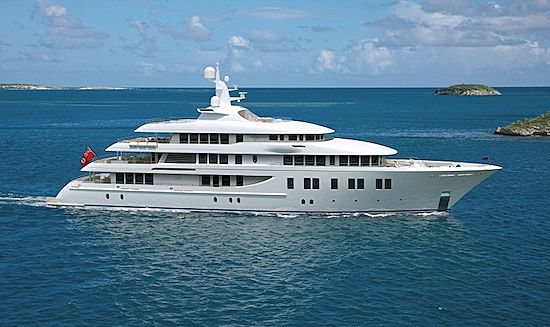 At over 1900 gross ITC and with a length of 66 metres, Invictus is designed by The Delta Design Group, who were responsible for both the naval architecture and exterior styling. Thanks to her remarkable beam and expansive volume, her interior showcases high ceilings and spacious rooms. Diane Johnson of Diane Johnson Design created the yacht's interior. 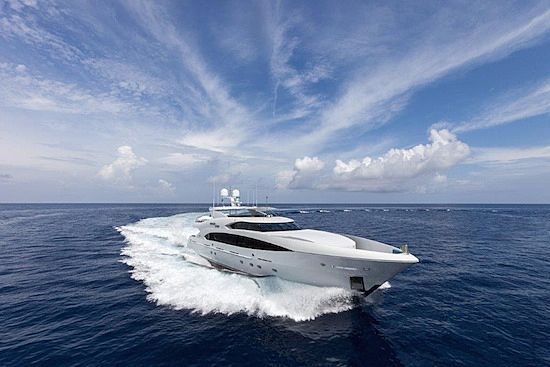 As with every Trinity, Finish Line features the kind of exquisite custom design and engineering that meets with the owner’s specific requirements. More, a patriot at heart, the owner is hopeful that the design and performance of this yacht will inspire other American yachtsmen to step forward and place orders now so that manufacturing jobs can be kept in the United States during these difficult times for the yachting industry. 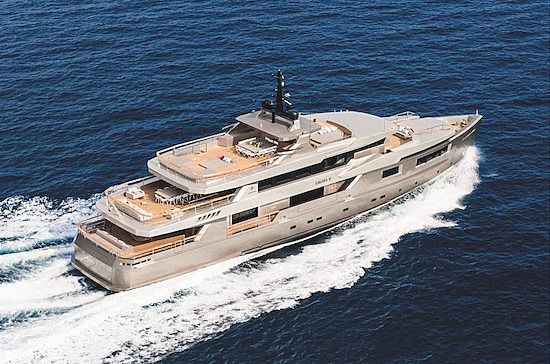 This 40 metre semi-displacement aluminium yacht of the Impero line, is designed by the naval architect Luca Dini in cooperation with the Yard's Style Center. Her innovative lines, her vertical bow and her very voluminous interiors (470 GT) give Cacos V a very strong personality. The interior features dark oak and polished Makassar, silk carpets, leather and Makassar ceilings. 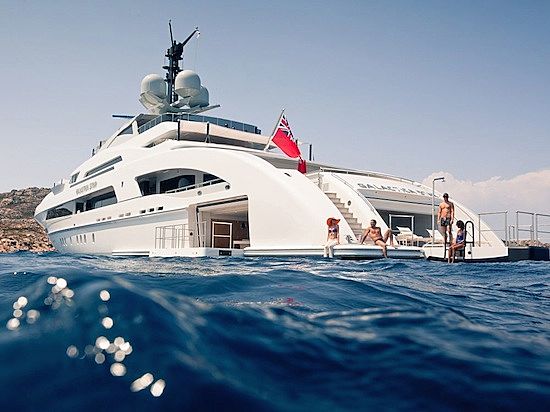 First off, Galactica Star boasts a revolutionary Fast Displacement Hull Shape, with a sophisticated hydrodynamic design, allowing her to reduce her environmental impact by up to 30 percent. Even more impressive, this reduction does not take away from her performance, as she is able to reach top speeds of 28.8 knots. However, being extremely fast and impressively fuel-efficient are by far not her only strongpoints. A delightful sense of style is also one of her many prominent qualities. With exteriors designed by Omega Architects and naval architecture by Van Oossanen Naval Architects, Galactica Star shows off curvy strength and an unmistakable elegance, mixed up in a sleek, recognisable look that makes this superyacht so delightfully appealing. 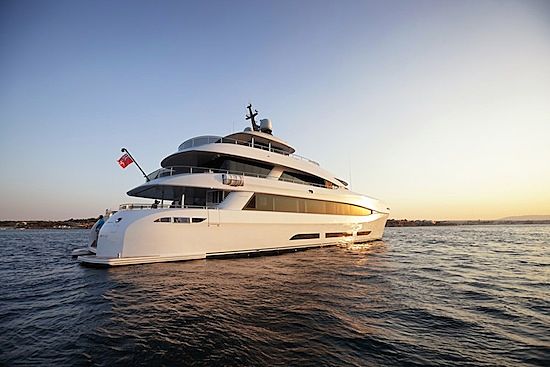 Curvelle launched the refreshing and wonderfully spacious superyacht quaranta as the largest carbon hybrid superyacht catamaran built to date. Just shy of 34 metres LOA, quaranta, whose name is deliberately spelled without a capital “Q”, is an impressively flexible, modern and friendly catamaran, showing off a vision of groundbreaking possibilities for the future of superyachting. The yacht’s two efficient hulls offer performance speed and up 30% less fuel consumption compared to a performance monohull yacht.

The 71 metre Richard Shipbuilder built was delivered in 1988 as Norma. She served as a British patrol vessel and guarded the North Alantic sea from illegal fishing until 2010. With redesign from Philippe Briand, she was re-launched in 2013. 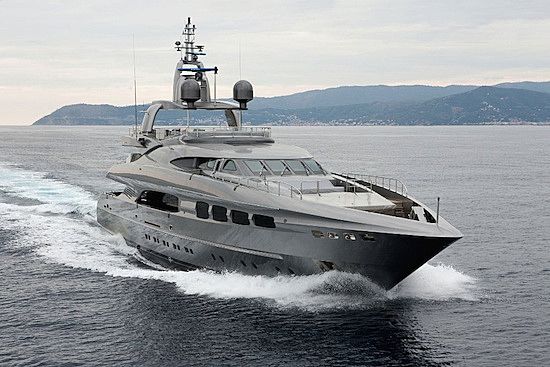 The 49 metre Auspicious was launched by Mondomarine as Streamline in 2009 to a design by Cor D. Rover with an interior by Luca Dini and Frédéric Mechiche. Eidsgaard Design then, under the direction of Ben Harrison, Creative Director, transformed the interior into an open, welcoming space—existing elements were enhanced to create a relaxing, warm environment. 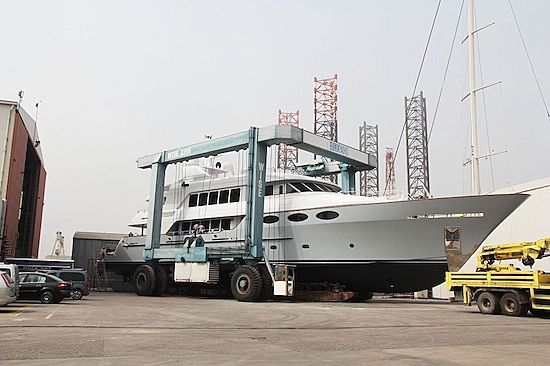 RMK Marine and the Hot Lab – Yacht&Design studio in Milan worked together in perfect agreement to refit the yacht after a series of important comments from the owner and his family, who are enthusiasts of period photography, art and fossil collecting. The initial idea was a partial refit, but after devising various rendering proposals, the owner decided on a major refit which introduced many stylistic changes as well as several technical updates involving the engines and systems.

Sailing yacht 40m and above: Ganesha 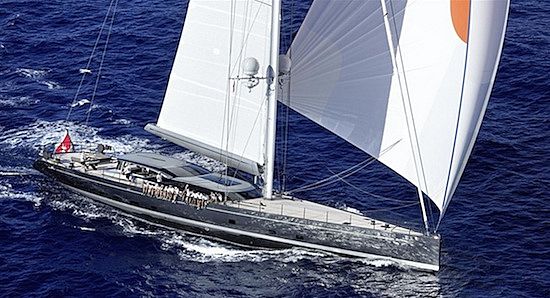 Ganesha features a fixed carbon bimini top with vertical sliding windows. With the windows raised, the cockpit area ensures comfort in colder parts of the world. And when sailing warmer seas, the deckhouse with the main companionway can be opened up. 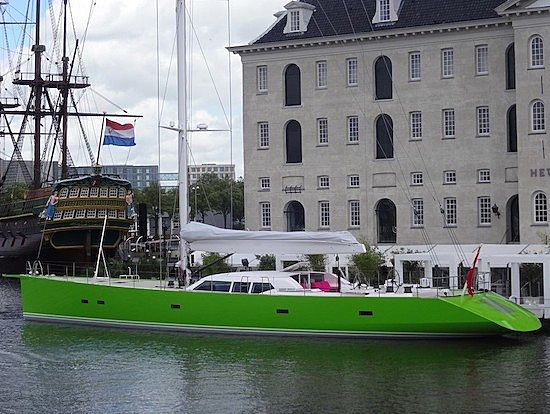 With this beautiful yacht, the owner wants to equal the comfort of his previous yacht while enhancingthe performance. The naval architect is Philippe Briand and the interior is by Andrew Winch Design. Inouï is the fourth carbon composite super yacht built at Vitters. The hull and superstructure were constructed at their subsidiary company Green Marine in Hythe, United Kingdom. 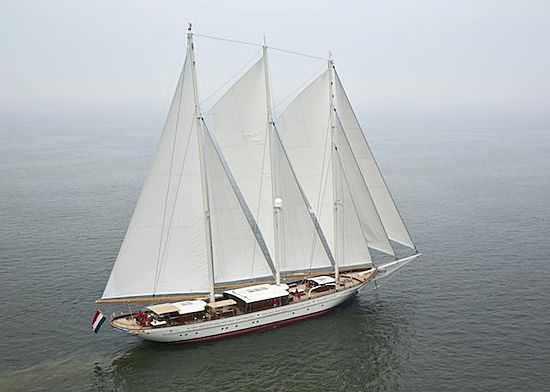 Balk Shipyard launched the schooner Mikhail S. Vorontsov, in collaboration with the Turkish yard Dream Ship Victory. The 53-metre yacht had already been built in laminated wood in Turkey by Dream Ship Victory, and was transported to the Netherlands to be finished here.

Voyager’s Award: Exuma and Zeepard
This Award was joint by Perini Navi’s Exuma and the JFA built explorer yacht Zeepaard 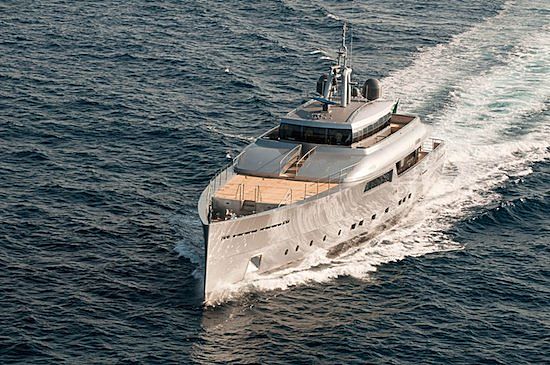 50m Exuma was the first yacht in Perini Navi’s popular and innovative Picchiotti Vitruvius motoryacht line. Since her launch in 2010 she has ventured to some of the most exciting destinations in the world, proving herself as a go-anywhere expedition-style superyacht. Her beautifully executed interior has a classic maritime style and the entire yacht has been designed to enhance outdoor living. Exuma’s many awards include ‘Asia-based Charter Yacht of the Year’ at the Asia Boating Awards 2012, amply demonstrating her popularity in the wider Asian region. 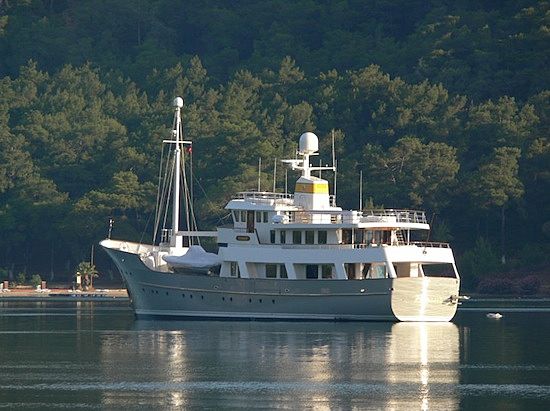 Zeepaard (ex: Axantha) is a 37 metre aluminium expedition style superyacht, launched in 2003 by the French yard JFA Chantier Naval. She is designed by Vripack. Zeepaard is famous for her around the world journey across 50,000 miles and 39 countries. Zeepaard is the Dutch word for seahorse.

The World Superyacht Award also named Sir Donald Gosling as for the Legacy Award and Mr. Roger Lean-Vercoe with the Award for Service to the Superyacht Industry.